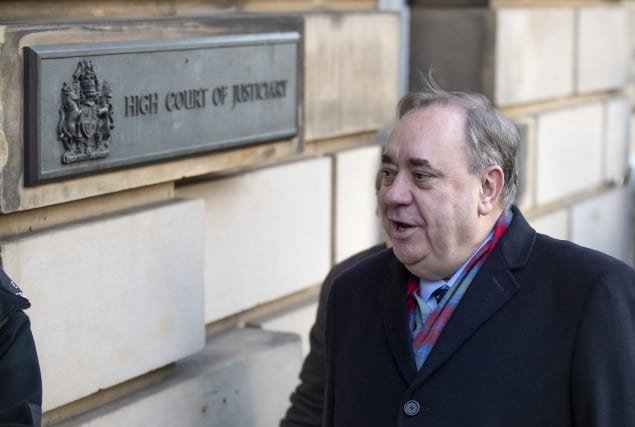 Former first minister of Scotland Alex Salmond is set to go on trial over accusations of sexual assault, including one of attempted rape.

The 65-year-old faces 14 charges of alleged offences against 10 women, all of which he denies.

His trial is due to begin on Monday in front of judge Lady Dorrian at the High Court in Edinburgh and is expected to last for four weeks.

The charges span a period between June 29 2008 and November 11 2014, with one sexual assault said to have taken place in the month of the Scottish independence referendum.

Salmond attempted to rape a woman at the first minister’s official residence, Bute House in Edinburgh, in June 2014, the indictment alleges.

It is said he placed her legs over his, repeatedly kissed her face and neck, groped her, then blocked her path.

He is alleged to have forced a woman to lie on his bed at Bute House then pulled up her dress with intent to rape her.