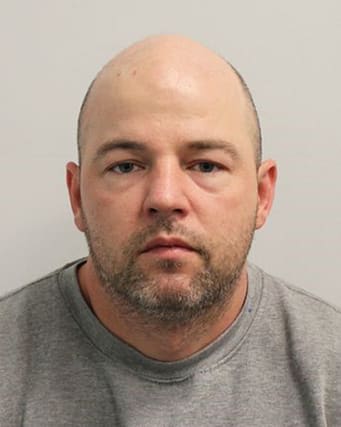 A teenage victim of serial rapist Joseph McCann has said the probation service “failed” to keep her and her family safe.

The 17-year-old and her younger brother were attacked in their family home in May last year when McCann tied up their mother with hair straighteners.

She told BBC News she felt “anger and so much upset for everyone that the probation service failed to keep us safe”.

She added: “He has previous for sexual abuse and nothing was acted on.”

Her criticisms came after a Government report found that the probation service south-east and eastern division “did not manage McCann effectively”.

After being released from prison in January 2019, McCann went on to commit a string of attacks on 11 women and children last year.

The official review from the Ministry of Justice found that probation, police, and prison authorities were warned as early as 2011 that he had the hallmarks of a sex offender.

His young victim said she has “developed really bad anxiety” following the attack.

She explained: “Before any of this happened I had a lovely home, a close family and a really good job.

“After this happened I lost everything, including my family home of 12 years and my relationship with my family.

“I struggle to sleep each night and live in fear. I can’t be in places on my own and my confidence has gone down since the incident.”

The teenager added: “My whole life will be controlled from what happened, living in constant fear of everything. I constantly feel like my life is in danger, I question situations during the day and feel nervous around people.”

During the attack, the 17-year-old managed to free her family after jumping out of a first-floor window, and she said being her “family’s hero” helps her get out of bed every day.

She said: “Knowing I have my whole life to live and I got away from such a dangerous man shows I have courage and the fact I was able to keep my brother and mother safe is enough for me.”

Joseph McCann was sentenced to 33 life sentences and jailed for a minimum of 30 years last December.