Hancock: Government to do everything in its power to delay coronavirus spread 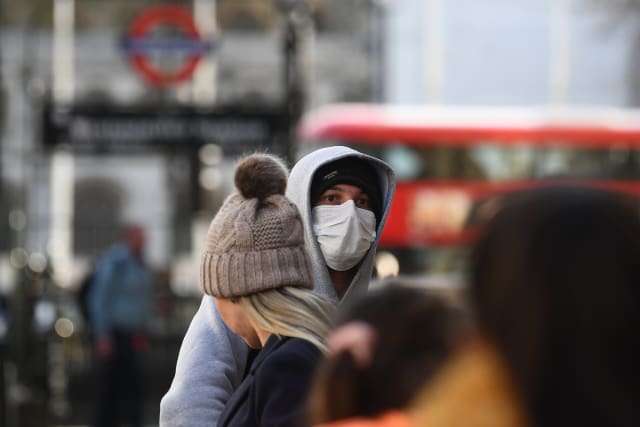 The Health Secretary has insisted the Government will do “everything in its power” to delay and mitigate the coronavirus threat as the number of infected people in the UK topped 200.

Matt Hancock said ministers would do “all we can” to contain the Covid-19 outbreak, and he set out plans contained in emergency legislation to deal with the impact of the virus.

The Bill, which is likely to go through Parliament by the end of the month, is expected to include measures to allow some court proceedings to be conducted via telephone or video.

And volunteers will be given additional employment safeguards, allowing them to leave their main jobs and temporarily help health and social systems in the event of a widespread pandemic.

As of Saturday morning, 206 people in the UK had tested positive for coronavirus – a rise of 42 from the 164 cases which had been confirmed by Friday evening.

On Saturday evening, a further three cases were confirmed in Northern Ireland – bringing the UK total to 209.

The Department of Health said more than 21,000 people had been tested for the virus.

Calls to the NHS 111 service have increased by more than a third compared to the same period last year, with 120,000 extra calls in the first week of March, the department said.

Mr Hancock said: “We will do all we can to contain coronavirus, but as we know, Covid-19 is spreading across the world, so I want to ensure Government is doing everything in its power to be ready to delay and mitigate this threat.

“Public safety is my top priority. Responding to coronavirus is a massive national effort and I’m working with colleagues across government to ensure we have a proportionate emergency bill, with the right measures to deal with the impacts of a widespread Covid-19 outbreak.

“We plan for the worst and work for the best, and the NHS is working 24/7 to fight this virus. Calls to NHS 111 have increased by more than a third and we have already put in place 500 extra staff to help with this increase.

“Every person has a role to play in managing the spread of Covid-19 – whether that’s washing your hands more often for 20 seconds or catching your sneezes.”

His comments came as former Tory chancellor Philip Hammond said the spread of the disease had the potential to push the UK into a recession, and suggested it could pose a greater risk to the economy than a no-deal Brexit.

The ex-MP told the Sunday Times the Government needed to address a “critical and structural weakness in just-in-time supply chains” which he said have been exposed by the impact of the coronavirus on businesses.

On Monday, Boris Johnson will chair a meeting of the Government’s emergency committee, Cobra, as officials accelerate work on preparations for the delay phase of the coronavirus plan.

Meanwhile sports governing bodies and broadcasters will attend a meeting with the Department for Digital, Culture, Media and Sport to discuss how to handle the outbreak’s possible impact on the sporting calendar.

And Environment Secretary George Eustice will hold further talks with retailers to discuss support for vulnerable groups who may have to self-isolate.

It follows reports that sales of basics such as pasta and tinned goods have shot up, while shelves of essentials including toilet roll and paracetamol have been cleared in some areas by people panic-buying.

The updated figures came as US authorities prepare to respond to a coronavirus-hit cruise ship carrying British passengers off the Californian coast, after 21 people on board tested positive for the illness.

US Vice-President Mike Pence said on Friday that the Grand Princess, carrying more than 3,500 people on board, including 140 Britons, had been directed to a non-commercial port for testing.

Meanwhile in the UK, the public has been told to prepare itself in case “social distancing” policies are needed to help contain the spread of the virus.

On Friday, it was confirmed that a man in his early 80s had become the second person to die in the UK after testing positive for coronavirus.

The man, who had underlying health conditions, died on Thursday while being treated at Milton Keynes University Hospital.

A statement released by the hospital on behalf of his family on Saturday paid tribute to him as a “truly loving and wonderful person”.

“He was 83-years-old and a wonderful husband, dad, grandad and great-grandad who would go to any lengths to support and protect his family,” they said.

The family, who currently do not want to be identified, said they had been tested and told to self-isolate as a precaution – and as a result, are unable to make funeral arrangements.

On Thursday evening, another patient – reported to be a woman in her 70s – became the first person in the UK to die after being diagnosed with Covid-19 while at the Royal Berkshire Hospital in Reading.