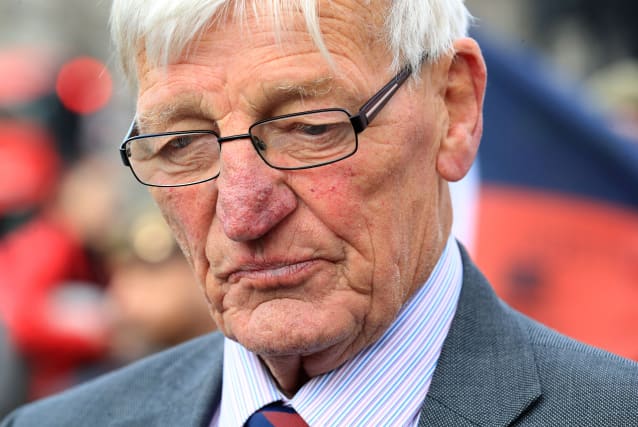 The high-profile trial of an Army veteran over a fatal shooting during the Northern Ireland Troubles has been postponed due to the ill-health of the accused.

Dennis Hutchings, 78, was due to be at Belfast Crown Court on Monday morning for the opening day of his trial.

The adjournment comes as he receives medical treatment for a chest infection and amid his concerns about being susceptible to contracting coronavirus.

Hutchings, from Cawsand in Cornwall, a former member of the Life Guards regiment, has pleaded not guilty to the attempted murder of John Pat Cunningham in Co Tyrone in 1974.

Hutchings, who is also currently on dialysis for renal failure, is facing charges of attempted murder and attempted grievous bodily harm with intent.

Solicitor Niall Murphy, who represents the Cunningham family, said proceedings had been adjourned after an application was made by Hutchings’ lawyers.

“The application was premised on a medical report from his consultant,” said Mr Murphy.

Hutchings told the PA news agency that his consultant had advised him he was “unfit to travel”.

“I am on antibiotics for a chest infection, I am on dialysis, there is coronavirus floating about – at my age and with problems, if I caught it I’d probably die from it,” he said.

A review hearing will take place at Belfast Crown Court next week to consider how to process with the case at a later date.