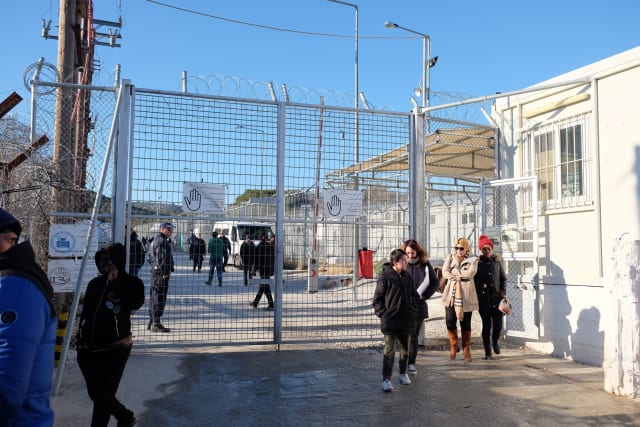 Female refugees in Greece are facing even harsher conditions this International Women’s Day after violence forced many humanitarian workers to withdraw, Britons helping there have warned.

Access to food, sanitary products and medical help for desperate refugee women has been drastically reduced as a result of the evacuations from Lesbos, the aid workers told the PA news agency.

Clashes erupted between migrants and Greek authorities earlier this week after Turkey opened its borders for huge numbers of people trying to cross illegally into Europe.

Some aid workers were caught in confrontations after tensions spilled over with some Greek locals amid apparent frustration with the influx of migrants to the country.

Jemima Wilson, from Chichester in south-east England, said the organisation she was volunteering with had been threatened and some NGO (non-governmental organisation) workers had been “ambushed”.

“It was just escalating tension and violence towards NGO workers and so almost all of them have left,” said the Cardiff University medical student.

Freya Mergler, who works with Help Refugees, said the situation is in flux.

“It’s a really uncertain time and I think everybody, our whole network of grassroots groups across the country, is just feeling extremely worried for each other.”

The knock-on effect for refugees has left those living in already difficult conditions in camps feeling “extremely distressed”, she added.

Ms Mergler, from Cornwall, is based in Athens with the charity and has cancelled her next planned trip to Lesbos due to the violence.

She said some services have been temporarily cut completely, with community centres where refugees accessed medical help no longer operating because volunteers felt forced to flee.

The 28-year-old said it has made a challenging situation even worse.

“Even before this violence broke out, the situation for women living particularly in camps is so dire,” she said.

“There’s thousands of women, young women and children who are being left in these horrendous situations and it’s really heart-breaking to see.”

She described toilet and washing facilities as “awful” due to the sheer number of people in the camps, despite the efforts of charities to improve them.

Both aid workers said the risk of sexual violence remains high in the camps.

“Most of the women I’ve met won’t leave the tent after dark, and they’re wearing nappies because they’re too scared to go out to the toilets because they’ll get raped,” said Ms Wilson, who left Lesbos as planned on Sunday after nearly three weeks with Medical Volunteers International.

Ms Mergler said women she had spoken to in Moria camp “feel very, very under threat, constantly” from general as well as sexual violence.

Many refugees, who have fled with their families from Afghanistan, Iran, Iraq and Syria, have told aid workers of their horror at the conditions on Lesbos and some have even expressed regret at travelling there.

“People have said if they’d known it would be like this they would have stayed in their country, even if it’s war-torn, because the way that people are living is so… I’ve never seen anything like it,” said Ms Mergler.

Both she and Ms Wilson said they hope the number of aid workers can return to full capacity soon to provide help in a desperate situation.

“The one thing that resonates when you speak to these women and talk about what they’ve been through, is the enormous resilience of them,” said Ms Mergler.