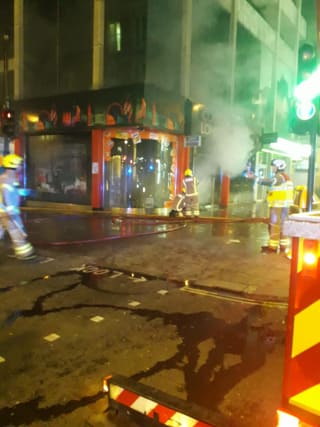 Dozens of firefighters are tackling a blaze at a gift shop in central London which has left Oxford Street partially closed.

Ten fire engines and around 70 firefighters were called to the address on the corner of Gilbert Street, in Mayfair, on Friday evening after a fire broke out at the souvenir shop, Colour London.

Footage posted online showed plumes of smoke coming from the building as crews from the London Fire Brigade (LBF) fought to keep the blaze under control.

Commuters were advised to seek alternative routes as Oxford Street was closed in both directions between Marble Arch and Oxford Circus.

“The ground floor of the five-storey building is alight. The Brigade’s 999 Control Officers have taken 12 calls to the blaze,” the LFB said.

The cause of the fire is not known at this stage.