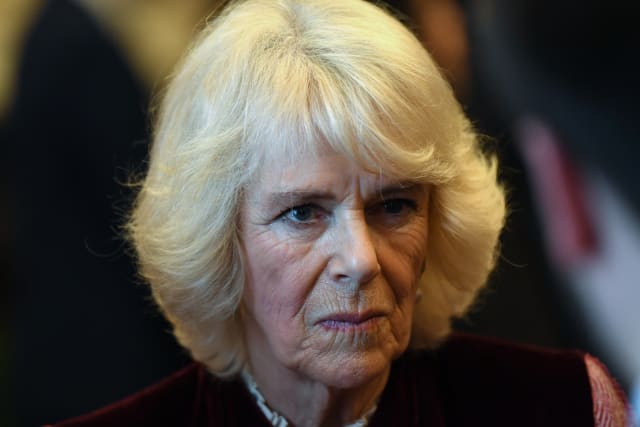 The Duchess of Cornwall spoke out against the “heinous” problem of domestic abuse as she launched this year’s Women of the World festival.

Camilla, who is president of the organisation, addressed the opening session of the three-day event at the Southbank Centre in London.

She called for men to join the conversation and use their voices alongside women to raise awareness of the issue.

The duchess said the “taboo” subject must become part of the national conversation, quoting the hashtag #everyonesproblem.

She said: “The campaign to end domestic violence needs the voices of men as well as women, challenging the cultural, economic and political context in which we all experience the world.

“We will all benefit from building a society which will simply not tolerate this heinous crime any longer.”

The duchess joked that as someone in her 70s she is “a somewhat ancient technophobe” but said she did know about hashtags.

She added: “And I’m now using my very first one – #everyonesproblem. Domestic abuse is everyone’s problem and the solution must be, too.”

Encouraging survivors not to feel shame or blame, she praised the bravery of people she has met who have emerged as “the victors not the victims” of such experiences.

She described domestic abuse as a complicated issue, being perpetrated and experienced by both genders, and urged society to look at education from a young age.

She said: “Young people don’t set out to become abusers. We need to teach our young men and women what healthy and loving relationships are, and that it is never OK to treat anyone with less than respect.”

One in four British women will suffer domestic violence in their lifetime and two women a week were killed by a current or former partner in England and Wales last year, Camilla said.

Ahead of the event, the duchess met domestic abuse survivors and campaigners, as well as Metropolitan Police Commissioner Dame Cressida Dick, who was attending to support the event.