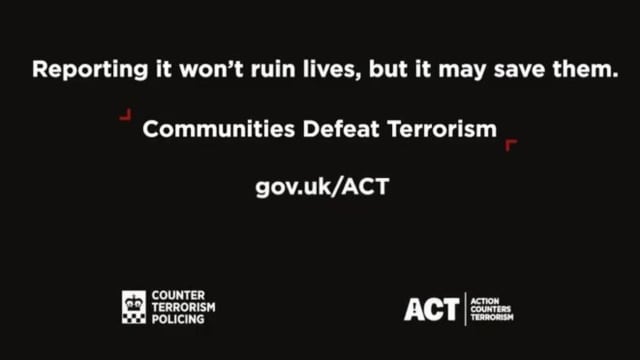 An advert urging the public to report suspicious activity in the fight against terrorism will be shown in cinemas.

Counter Terrorism Police launched the 60-second clip, which will air in some cinemas nationwide before films from Friday until the end of April, to urge members of the public to report any suspicious activity they see.

Entitled “Look Again”, the footage – which uses the strap line “communities beat terrorism” – shows examples of members of the public spotting and reporting to police a man looking up how to make a bomb on his phone, another buying several knives and a hammer from a hardware store and a third dumping containers of noxious substances.

The head of counter terrorism policing, Metropolitan Police Assistant Commissioner Neil Basu, said: “One of the key messages of the film is that life has no rewind button.

“If you report concerns and they turn out to be nothing that’s completely fine. But you can’t turn the clock back.

“It’s much better to contact us and let our specially trained officers make an assessment.

“As the film says, reporting won’t ruin lives but it could save them.”

The advert encourages people to visit the website https://act.campaign.gov.uk/ for information on how they can act against terrorism.