Thousands of jobs at risk after Flybe goes into administration 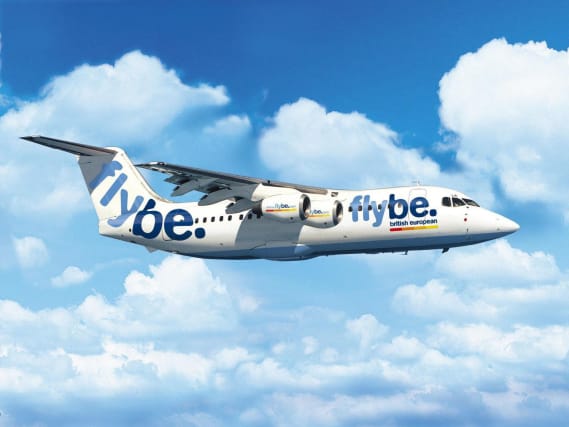 Europe’s largest regional airline, Flybe, has finally collapsed into administration, threatening thousands of jobs and the future viability of a number of airports across the UK.

Flybe’s demise, announced early on Thursday and blamed in part on a drop in demand caused by the coronavirus outbreak, sparked fierce condemnation from unions and opposition politicians, who criticised both the airline’s owners and the Government for failing to act to save it.

Transport Secretary Grant Shapps said everyone was “gutted” about the news but added: “We really tried to do everything we could back at the turn of the year.

The carrier narrowly avoided going bust in January but has continued to lose money since then.

The airline announced in the early hours that it had ceased trading with immediate effect and that administrators had been appointed after crisis talks on Wednesday failed to secure a rescue package.

All Flybe flights and those operated by sister airline Stobart Air were cancelled but some other airlines and rail operators stepped in to offer help to stranded passengers and staff.

Flybe was bought by a consortium of Virgin Atlantic, Stobart Group and Cyrus Capital in February 2019, after running into earlier financial problems.

In a statement, chief executive Mark Anderson said the company had made “every possible attempt” to avoid collapse but had been “unable to overcome significant funding challenges”.

“The UK has lost one of its greatest regional assets,” he said.

“Flybe has been a key part of the UK aviation industry for four decades, connecting regional communities, people and businesses across the entire nation.”

Unions and politicians reacted angrily to the collapse of the company – which had a staff of around 2,000 – just weeks after it narrowly avoided going under.

In January, Flybe agreed a deal to defer tax payments of “less than £10 million” with HM Revenue and Customs, while ministers pledged to review Air Passenger Duty (APD).

Oliver Richardson, national officer for major airline industry union Unite, said: “It is simply outrageous that the Government has not learned the lessons following the collapse of both Monarch and Thomas Cook, that the much promised airline insolvency review has still not materialised.

“While other European countries are able to introduce measures to keep airlines flying when they enter administration, the UK remains unable or unwilling to do so.”

Shadow transport secretary Andy McDonald said the loss of Flybe would cause “real anxiety” throughout the country.

Flybe operated a high proportion of flights at a number of regional airports so its collapse will have a knock-on effect.

Labour MP Ben Bradshaw, whose constituency contains Exeter Airport, where Flybe had its headquarters, tweeted: “A devastating day for @flybe staff, uncertainty for passengers & a big blow to our local & regional economy.

“Why did the Government say #flybe was vital to regional connectivity last month & promise to reform Air Passenger Duty in next week’s budget … to apparently break that promise, which was the last straw for the company.”

He added: “Johnson’s mantra of ‘levelling up’ our left-behind regions lies in tatters. Lost connectivity & the future of many regional airlines at risk.”

At Belfast City Airport, 81% of its flights were operated by the carrier and Colin Neill, chief executive of Hospitality Ulster, said: “This is simply devastating news for Northern Ireland.”

But Brian Ambrose, chief executive of Belfast City Airport, said he is confident the airport can fill the routes vacated by Flybe, as he revealed that multiple other carriers had already expressed an interest.

“Our immediate feelings are with the staff of Flybe and our customers,” he said.

“It’s been a long relationship with Flybe, they are wonderful people.

“We were meeting a lot of them coming off shift last night to discover they had lost their jobs, so our commitment to them is to rebuild this business and, as we do so, hopefully there will be opportunities for them with other airlines as we get the business back to where it should be.”