Politicians must stand up to ‘gender lobby bullies’, says MP 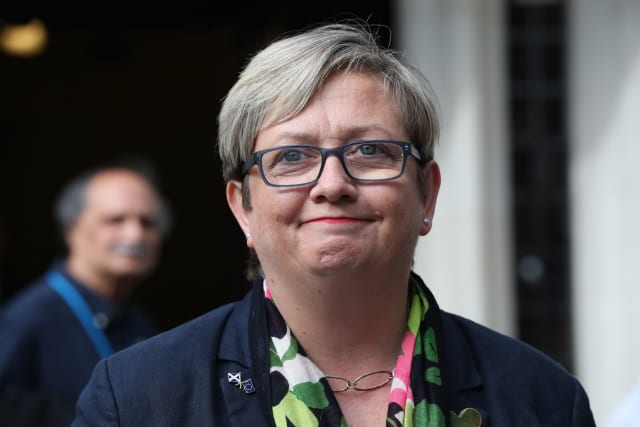 Politicians must stand up to bullies in the “gender lobby” who want to shut down the right to free speech, an MP has said.

The SNP’s Joanna Cherry said that disagreeing with gender ideology has increasingly become “a dangerous thing to do” and has resulted in “the attempted silencing of well-respected feminist academics and others simply for asserting women’s rights”.

Ms Cherry added that she is “not remotely transphobic” and supports the rights of trans people.

“One of the things I want to say today, as forcefully as I can, is that it is eminently reasonable for women, if they wish to do so, to organise on the basis of their sex. It’s also legal for them to do so.

“It has been central to decades of feminist thought that to say that gender is imposed on women, in order to uphold their oppression. By gender, feminists mean presentation, modes of dress and the falsehood of feminine and masculine personality traits,” she said.

Speaking in the debate marking International Women’s Day, Ms Cherry added: “So if we say that gender is somehow innate and that it supersedes sex, the logical conclusion is that women can somehow identify out of our oppression, and many feminists disagree with that.”

She told MPs that many trans women she speaks to are “angry that their quiet and dignified lives are being disrupted” by individuals “pushing identity politics in a way that is anti-democratic and abusive”.

Ms Cherry said: “It’s overtime that everyone in this House in all parties stood up to bullies in the gender lobby who want to shut down the right to free speech for those who don’t 100% agree with their ideology.

She added: “I would like this chamber on International Women’s Day to send a really strong message across all the nations of these islands that no-platforming and attempting to silence feminist academics and other women who assert women’s rights is wrong.

Ms Cherry also said that the Domestic Abuse Bill is “another missed opportunity for the United Kingdom Government to finally do what is necessary to ratify the Istanbul Convention”.

The Convention is based on the understanding that violence against women is a form of gender-based violence that is committed against women because they are women.

“The best thing the British Government could do to mark this International Women’s Day would be to ratify,” Ms Cherry told MPs.