Patient with coronavirus dies as diagnosed cases surge to 116 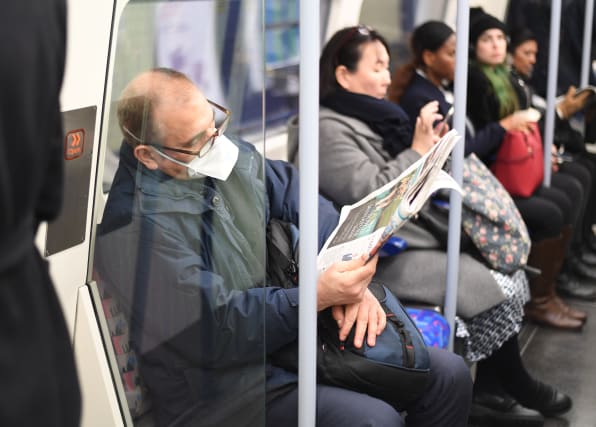 A patient with underlying health conditions became the first person in the UK to die after testing positive for coronavirus as the number of diagnosed cases hit three figures.

The Royal Berkshire NHS Trust said the older patient, reported to be a woman in her 70s, had been “in and out of hospital” for other reasons but was admitted on Wednesday evening to hospital in Reading and tested positive.

It came during a day of several key developments, with the number of UK cases of Covid-19 surging to 116 – more than double the total 48 hours earlier – and Downing Street warning it was “highly likely” the virus would spread “in a significant way”.

Health chiefs also said people diagnosed with coronavirus who show only “very minimal” symptoms should self-isolate at home rather than in hospital, while new advice was issued to travellers returning to the UK from Italy, which has become the epicentre of the outbreak in Europe.

Following the news of the UK death, Prime Minister Boris Johnson offered his sympathy to the family of the patient, while England’s chief medical officer, Professor Chris Whitty, said he was “very sorry” to report the news.

He added: “We believe they contracted the virus in the UK and contact tracing is already under way.”

Last week, a British tourist who had been on board the Diamond Princess cruise ship, which was quarantined in Japan, became the first UK citizen to die from the virus.

At a press conference on Thursday evening, Prof Whitty revealed that 18 people have so far recovered from coronavirus in the UK and 45 people are being treated at home.

“We have moved to a situation where people have very minimal symptoms and we think they are clinically safe and they are able to self-isolate, we think it is actually safer for them as well as more pleasant if they can self-isolate in their own homes,” he said.

“Anybody who needs hospitalisation will be hospitalised.”

He had earlier warned that critical care beds in the NHS could come under intense pressure during a coronavirus epidemic, and told MPs the UK had mainly moved to the delay stage of tackling the virus, which could include measures such as school closures, encouraging greater home working, and reducing the number of large-scale gatherings.

But the PM stressed it was important not to “fire your shots too early” in escalating measures to tackle the illness.

“In something like this, what the scientists say is you’ve got a range of things that you can do to arrest or check the spread of a disease,” he said.

“But you can’t fire your shots too early, it’s all about the timing and the progression.”

He added: “The situation is pretty much as it has been in the sense that we are still in the contain phase, though now our scientists and medical advisers are making preparations for the delay phase.”

Meanwhile, Government advice was updated to urge people who have returned to the UK in the past fortnight from any part of Italy – rather than just the northern regions – to call 111 or self-isolate if they feel unwell.

Those who have returned from “lockdown” areas in northern Italy in the past 14 days are advised to self-isolate regardless of whether they have symptoms.

A total of 25 new cases in England were announced on Thursday – 17 of whom had recently travelled from countries or clusters already under investigation, and eight of whom contracted the virus in the UK.

One more case was confirmed in Wales, while three more were reported in Scotland.

Giving evidence to the Health and Social Care Committee, Prof Whitty said it would be “lucky” to get a vaccine for Covid-19 in the next year, but it would “not get us out of a hole now”, although other treatments may work.

He acknowledged that people needing oxygen would stretch the health service, and said some “things may be considerably less well done” during the peak of an epidemic.

Half of all coronavirus cases in the UK are most likely to occur in just a three-week period, with 95% of them over a nine-week period, he said.

Prof Whitty said he had a “reasonably high degree of confidence” that 1% is at the “upper limit” of the mortality rate for coronavirus, although Wuhan in China, which has a weaker health system, had seen an 8% to 9% mortality rate for those aged 80 and over.

Elderly people should not self-isolate yet, he added, and neither should those with conditions such as asthma, saying there was no evidence of “deep harm” in children with asthma.

He said pregnant women should not start worrying about coronavirus but advised any smokers to stop.

Only one in three pubs plan ‘Super Saturday’ reopening in Newcastle

No bells, no singing – Staffordshire couple ready for post-lockdown wedding