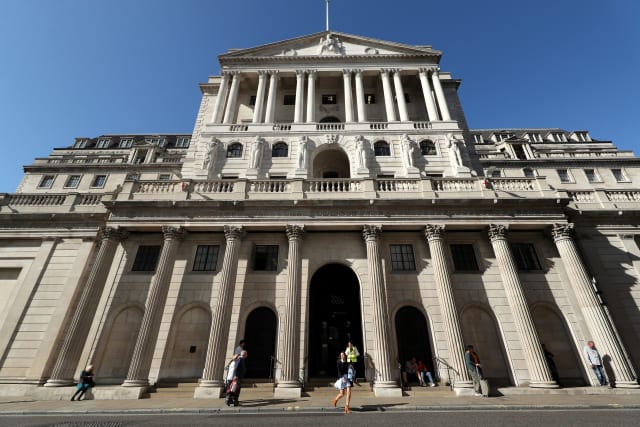 Incoming governor of the Bank of England, Andrew Bailey, has been unanimously approved  for the role by MPs on the Treasury Select Committee.

But members warned they would be keeping a “close eye” on the Financial Conduct Authority (FCA), which Mr Bailey previously ran, following a series of scandals.

In a short report, the committee said the issues “include a number of serious concerns about the culture and operations of the Financial Conduct Authority and the industry that it regulates”.

Mr Bailey gave evidence to the group on Wednesday, where he set out his priorities and reflected on the problems at the FCA.

He said of his time at the agency: “I’m proud of what we’ve achieved, I’m not proud of some of the things that happened during my time. We’re not going to hide anything in terms of what’s going on.

But MPs said they expect to hear more from Mr Bailey and will publish his responses. A further hearing to question the incoming chief executive of the FCA is also planned, the committee added.

Chair of the Treasury Committee, Mel Stride MP, said: “The Treasury Committee has approved Andrew Bailey’s appointment, but it has also raised a number of serious concerns regarding the performance of the FCA both before and during his time as its CEO.

“Many of these concerns – specifically around culture, transparency and insufficient speed of action – will remain a key focus for the committee.

“The Committee is clear that it has an important role in improving the performance of the FCA.

“We will be holding a rigorous pre-appointment hearing with the new CEO to consider further the issues raised in yesterday’s session.”

Mr Bailey was in charge of the FCA during scandals including the collapse of mini-bond provider London Capital & Finance – a matter that is now with the police; the failure of peer-to-peer lenders Lendy and FundingSecure; and Neil Woodford’s investment fund’s demise.

The new governor, who starts on March 16, has defended his position by pointing out that during his four years at the watchdog, he has widened out the scope of the regulator’s remit instead of focusing primarily on the largest financial firms.