Mother convicted of attacking airline captain in row over pushchair 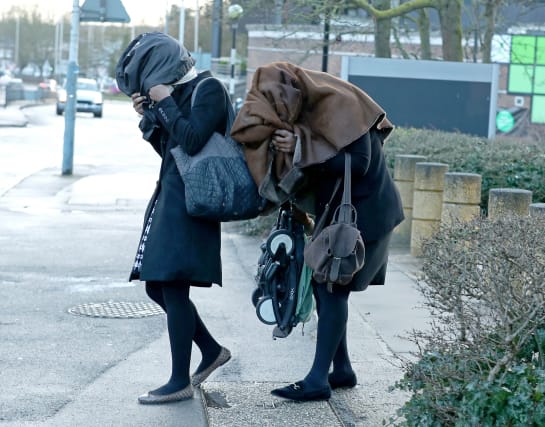 A young mother has been convicted of attacking an airline captain after she was not allowed to store her child’s pushchair in the cabin during a flight.

Henrietta Mitaire, 23, pushed Captain Guido Keel to the floor, then scratched and kicked him after her plane arrived at Heathrow Airport on May 2 2019.

Her mother, Mary Roberts, 53, was also accused of assault after she tried to intervene but was acquitted after trial.

Uxbridge Magistrates’ Court heard that Mitaire had approached a flight attendant before the aircraft left Zurich airport and asked to put her three-year-old’s buggy in the cabin rather than the aircraft’s hold.

She complained it was “too expensive” to pay for the item to go into the hold.

Two members of airport staff then arrived and argued with Mitaire before her mother stepped in to try and calm her daughter down.

As passengers disembarked at Heathrow, Mitaire approached the same staff member again and asked for the names of the Swiss airport workers to make a complaint.

Cabin manager Ali Chkerdaa said Mitaire had told him “Swiss people are racist, because she was a black woman travelling with a child”.

The row prompted Capt Keel to intervene and touch Mitaire on the shoulder when he asked her to leave the flight.

Mitaire grabbed him by the arm and followed him into the cockpit when he tried to walk away while also trying to film him on her phone.

In the ensuing tussle she ended up on top of him.

Roberts also went into the cockpit where she joined the struggle and witnesses heard her shouting “get off my daughter”.

Capt Keel sustained scratches to his face and arm and a bite on his upper arm.

Mitaire denied assault by beating but was convicted after a two-day trial.

She claimed in a prepared statement she was acting in self-defence after Capt Keel “forcefully” made contact with her shoulder and tried to take her phone when she started filming.

Mitaire declined to give live evidence to the trial but claimed the captain was “pulling my hair and dragging me to the ground”.

“I ended up on the floor with him kneeling on top of me with his full weight,” she said, adding that she could not breathe properly.

She said: “In a desperate attempt to relieve the pressure so I could breathe, I used my teeth to try and get him off me.”

Her mother denied the same charges, telling police she thought her daughter’s life was in danger.

In her ruling, Judge Wright said Capt Keel had been “trying to protect himself from a very loud and very angry woman who had refused to leave the plane.

“She was shouting, recording him and seemed intent upon pursuing him.

“There is nothing in the recordings I have seen that the captain reacted in any way other than as a professional,” she said.

Finding Mitaire guilty of assault, she said: “It is a wonder (Capt Keel) managed to remain as calm as he appears from the footage to have done, in the face of a very forceful onslaught.”

Clearing Roberts of the same charge, she said only one witness had claimed to have seen the defendant kick the captain, despite many people being present in a very small place.

“Even if Ms Roberts had touched or made contact with the captain, I would have been satisfied that she was genuinely fearful for her daughter and that she honestly believed she needed to intervene to protect her,” Judge Wright said.

The two women were also charged with failing to obey the lawful commands of an aircraft’s captain but the charge was dropped by the prosecution.

Mitaire, of 21 Queen’s Gate Place in South Kensington, south-west London, was remanded into custody ahead of her sentence on a date yet to be set.

Judge Wright said the offence “passes the custody threshold by a million miles”.

Roberts, of 12 Elswick Street, Imperial Wharf, south-west London, was asked to leave the court building when she became too upset.