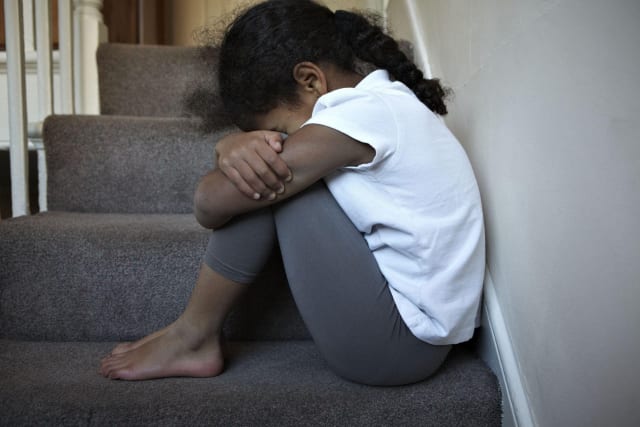 Just 4% of child abuse offences recorded by police over a year resulted in a charge or summons, official data shows.

Around 227,500 offences identified as child abuse were recorded by the police in the year ending March 2019, according to data published by the Office for National Statistics (ONS).

Of these, one in 25 (4.4%) resulted in a charge or summons, data from the Home Office collected by the statistics body shows.

This is down from 7.2% of cases the previous financial year.

The ONS release brings together data from the Home Office, Crown Prosecution Service (CPS) and Ministry of Justice (MoJ).

The cases identified as child abuse include sexual, physical and emotional abuse and neglect.

The majority of cases remain hidden and do not come to the attention of the police, the ONS said.

Just under a half of the offences (49%) recorded by the police did not progress any further through the system due to “evidential difficulties”, the Home Office data shows.

This outcome is recorded when the police are unable to build a strong enough case for the offence to continue, which can be when the offender could not be traced, or where the victim feels unable to support police action.

The ONS said it “reflects the challenges involved in investigating child abuse offences, and that some may have occurred a long time in the past”.

CPS figures show a 22% fall in the number of suspects of child abuse cases being referred by the police for further investigation.

There were 7,138 suspects referred to the CPS for a charging decision in the year ending March 2019, down from 9,185 in the previous year.

There were fewer prosecutions – down 18% from the previous financial year – which the ONS said can “partly be explained” by the fall in referrals from police.

Of the cases where suspects were prosecuted, 79% resulted in a conviction.

Meghan Elkin, from the ONS Centre for Crime and Justice, said: “By its very nature, child abuse is often hidden from view and many cases don’t come to the attention of the police or the courts.

“Of identifiable child abuse offences recorded by the police in the year ending March 2019, 1 in 25 resulted in a charge or summons. Of cases that did lead to a prosecution, 4 in 5 resulted in a conviction.

“We see similar trends in figures for sexual offences. Of course, both crimes are particularly sensitive in nature and some have occurred a long time in the past making them more challenging to investigate.”

Alex Mayes, at the independent charity Victim Support, said: “It is extremely concerning that only 4% of recorded child abuse cases result in a charge or summons.

“It is important that victims of child abuse are able to trust the criminal justice system, however we know that stigma, and fear of being believed, are strong factors which can deter victims from opening up.

“We urge all criminal justice agencies to work hard to earn the trust of survivors, and to put every effort into improving these poor justice outcomes.

“We also encourage anybody affected to access free and confidential support regardless of how long ago the abuse took place.”