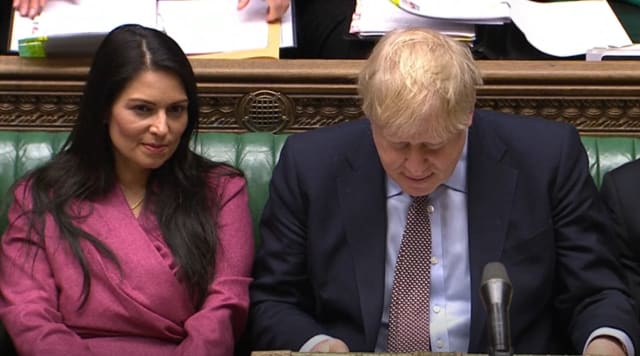 Boris Johnson has continued to defend Home Secretary Priti Patel amid allegations she had bullied staff in three government departments.

The Prime Minister said Ms Patel was doing an “outstanding job” in the face of a “lot of headwinds”.

But appearing on ITV’s This Morning, he said that he had warned all Cabinet ministers that he did not like bullying.

His comments came after the senior civil servant in the Home Office, Sir Philip Rutnam, dramatically announced on Saturday that he was resigning, accusing Ms Patel of abusing staff in the depart.

Mr Johnson, who defended Ms Patel in the Commons on Wednesday, said: “It goes without saying I don’t like bullying at all. We have got to investigate it. There is a proper Cabinet Office investigation.

“My instinct is very much to ‘stick with Prit’ as they say. She is doing an outstanding job facing a lot of headwinds.

“I have made it clear to all my friends in Cabinet that I don’t like bullying. But I think Priti is doing an outstanding job.”