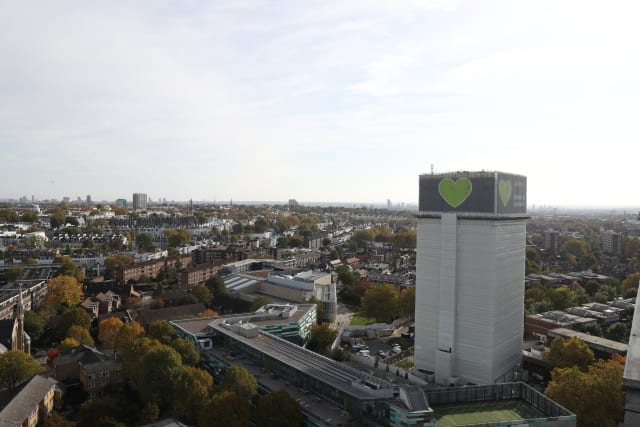 A couple who falsely claimed nearly £48,000 that was meant for survivors of the Grenfell Tower fire have been jailed.

Judge Giles Curtis-Raleigh, sentencing at London’s Isleworth Crown Court, said Carmel Daly, 50, and Robert Kenneally, 52, had used the national tragedy of the devastating fire for their own advantage.

The couple claimed to have lived with Denis Murphy at his flat in Grenfell Tower, where he died.

He was among 72 people who died after the blaze which ripped through the west London tower block in June 2017.

The prosecution said the couple, both of Warwick Lane, west London, did not know Mr Murphy.

A jury had taken two hours and nine minutes to find them each guilty of one count of fraud in claiming a total of £47,802 in accommodation, emergency payments and other services.

The judge said it was a time of national “horror and dismay” and that “most normal people” had reacted to the devastating blaze with “a spontaneous outpouring of generosity and compassion”.

He told the couple: “You decided to use this situation for your own advantage and gain to enrich yourselves dishonestly by plundering public funds meant for genuine victims.”

Judge Curtis-Raleigh added: “Many, many people were in dire circumstances and few indeed sank as low as you did in this type of fraud.”

Daly, who was of previous good character, was sentenced to four years and three months’ imprisonment while Kenneally was jailed for four years and nine months.

In her victim impact statement, Mr Murphy’s sister Ann Murphy said the impact the frauds have had on her family could not be “overstated”.

She said: “They have prevented us from getting mentally stronger from our unimaginable loss.

“They have added to our pain unnecessarily and made the process of dealing with our grief harder.”