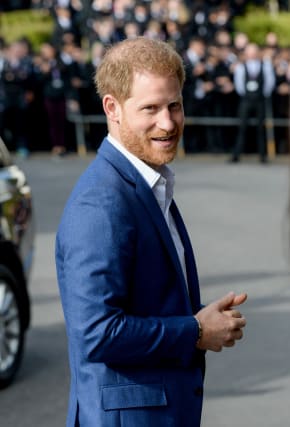 The Duke of Sussex will be joined by six-times Formula One world champion driver Lewis Hamilton when he officially opens a new museum at the Silverstone circuit.

Harry will be touring The Silverstone Experience in Northamptonshire, a museum charting British motor racing through the years, alongside race ace Hamilton, on Friday.

The experience is the new home of the British Racing Drivers’ Club’s (BRDC) archive and also boasts hands-on exhibits for visitors.

Harry will have a chance to get to grips with some of the interactive displays, including the pit gun challenge.

The duke and Hamilton are also set to meet students from local schools in the Tech Lab section, learning more about the cutting-edge science and engineering that goes into motor racing.

The visit marks a final run of royal duties for Harry, since he and the Duchess of Sussex announced they would be stepping down as senior royals.

Harry and Megan are making their last official appearances alongside the rest of the royal family at the Commonwealth Day service in Westminster Abbey on March 9.

Hamilton, who drives for Mercedes, begins his bid to take a record-equalling seventh world title when the new Formula One season kicks off with the upcoming Australian Grand Prix.