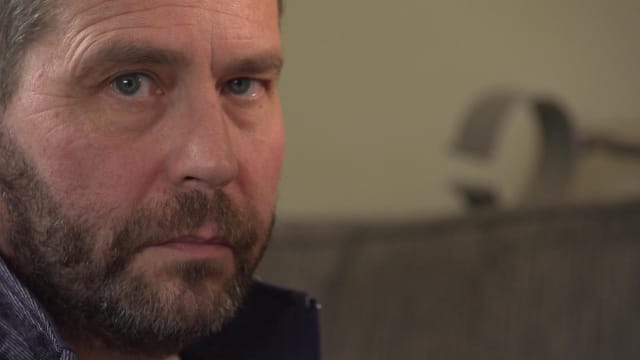 The Police Service of Northern Ireland arrested two men, aged 23 and 61, and one woman, aged 61, in the Fermanagh area on suspicion of conspiracy to kidnap; conspiracy to cause grievous bodily harm with intent; and assisting offenders.

They are being questioned at Omagh police station.

In the Irish Republic, the Garda arrested a man in his 30s in relation to the abduction and assault. He has been detained at Cavan Garda station.

Mr Lunney, a director at Quinn Industrial Holdings (QIH), was abducted outside his home near Derrylin, Co Fermanagh last September and taken to a horsebox across the border, where he was savagely beaten.

His attackers broke his leg, sliced his fingernails and face with a Stanley knife, carved QIH on his chest, and doused the father of six in bleach. They demanded his resignation during the ordeal.

The attack was the most serious in a six-year campaign of intimidation targeting the companies and directors that now control the business portfolio which was built up by fallen tycoon Sean Quinn, once Ireland’s richest man.

The Quinn family has repeatedly condemned the intimidation.

The Garda and PSNI established a joint investigation team to work on the case last November.

A serial criminal considered a key suspect in the kidnapping and torture died from a heart attack when police arrested him in Buxton, Derbyshire, last November.

Cyril McGuinness, known as Dublin Jimmy, was believed to have been hiding out in the area following the assault.

In December, four men were remanded in custody at a court in Co Cavan charged with the kidnap and torture of Mr Lunney.

Commenting on the latest arrests, PSNI detective chief inspector Julie Mullan said: “The arrests today show the close working partnership between the PSNI and An Garda Siochana and our determination to bring those responsible for this heinous crime before the courts.”

Garda chief superintendent John O Reilly added: “Today’s arrests demonstrate An Garda Siochana’s ongoing commitment, working closely with the Police Service of Northern Ireland, and is a further significant step to ensuring that the perpetrators of this vicious attack will be brought to justice.”