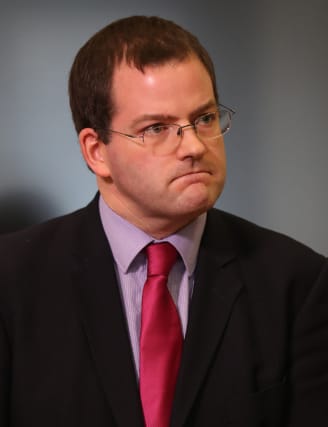 A former minister who quit the SNP after it emerged he behaved inappropriately is to stand down.

Mark McDonald resigned as the Scottish Government’s minister for childcare and early years in 2017 over actions he said had been deemed “inappropriate”.

It was reported he quit because he sent a text message to a woman which included a reference to a sex act.

Mr McDonald announced on Thursday that he would not stand in the 2021 Scottish Parliament election.

He said: “I will have to live forever with consequences of those mistakes and the upset that they caused, and it is appropriate for me to reiterate here the apologies I have made before.

“I continue to seek to make right the things I got wrong.”

Mr McDonald’s resignation from the SNP came after the party suspended him but he resisted calls to stand down as an MSP.

He was the first politician north of the border to be named in a scandal after allegations of sleaze and sexual misconduct spread from Westminster to Holyrood.

As childcare minister he played a key role in the introduction of the baby box scheme.

He added: “It has been one of the greatest privileges of my life to have had the opportunity to represent the constituency of Aberdeen Donside, and prior to that the North East of Scotland region, in the Scottish Parliament.

“I grew up in, and live in, the constituency I represent and thus it has always had an importance to me, which I have sought to emphasise through my advocacy on behalf of constituents and communities.”