Duchess in Victoria Beckham for return to the UK 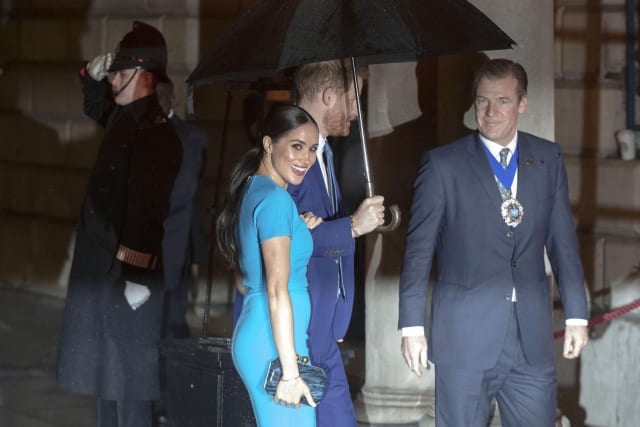 The Duchess of Sussex stepped out in a vivid light blue Victoria Beckham dress as she began her final run of royal duties.

Meghan, who is quitting the monarchy to mostly live in North America, chose the British brand set up by the former Spice Girl for her appearance at the Endeavour Fund Awards in London.

The block-colour fitted midi pencil dress costs around £950, and has a long zip fastening on the back.

It is described on the fashion brand’s website as being “inspired by the simplicity of a T-shirt” and “creating an elongated and feminine silhouette”.

Meghan wore her hair up in a sleek ponytail, and her towering stilettos were Manolo Blahnik’s BB pumps in navy.