Collapse of Flybe ‘will have massive impact on UK airports’ 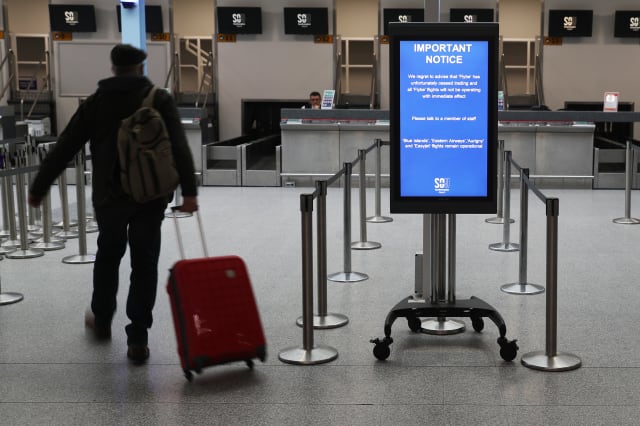 UK regional airports will suffer a “massive impact” from the failure of Flybe, an industry expert has warned.

Aviation consultant John Strickland told the PA news agency that some of the collapsed carrier’s routes will not be taken on by other airlines.

Some 95% of flights at Southampton Airport last year were operated by Flybe, according to travel industry data and analytics firm Cirium.

Birmingham – the UK’s seventh busiest airport – had 31% of flights operated by Flybe in 2019.

“The challenge will be to get replacement airlines, which is difficult but not impossible for many of the routes.

“I think it will be down to one or two of the regional players like Loganair, who I would expect to step up to the plate and add some capacity, particularly at airports like Southampton, which has got a short runway so we’re not going to see the likes of easyJet and Ryanair going there.

“There will be some routes left uncovered, just because they are so difficult to operate.”