Boris Johnson: So much more to do to ensure gender equality 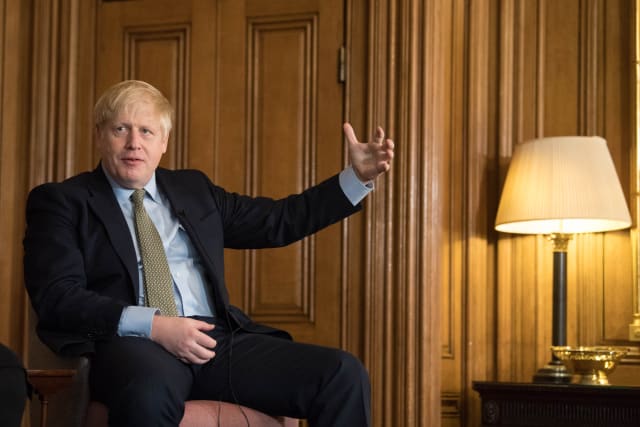 Boris Johnson has said there remains “so much more to do” to ensure equality between men and women as he addressed a Downing Street reception to mark International Women’s Day.

The Prime Minister said the “automatic assumption” that men are “going to be of a certain position in life” still needed to be challenged, as he told an audience of schoolgirls inside Number 10 how he had learnt that sexism is “complete rubbish” at an early age.

Speaking alongside Olympic gold medalist Dame Kelly Holmes and mathematician Anne-Marie Imafidon during a panel discussion, the PM said: “It’s fantastic to be up on stage here with quite intimidating talent in many ways…

“I’m left miles and miles behind and yet historically men have enjoyed this kind of automatic assumption that they are going to be of a certain position in life – and that still needs to be challenged.

“And yes it’s fantastic to celebrate the achievements of women today, but there is so much more to do. And I look around the world, I see a real gulf and we in this country are making huge progress, though there is still a long way to go.

“But there are too many countries where girls just don’t get the treatment, the education, the advancement, the encouragement that they need by comparison with boys, and that’s in my view the single biggest issue that the world could address.”

Mr Johnson said he had “any kind of sexism kicked out of me at a very early age” because his sister, Rachel, who is a year his junior, was “just as good as I was, if not better, at things like climbing trees, and swimming and reading”.

“So I realised that this whole sexism thing was complete rubbish.”

He also listed the queen of the Iceni people of Eastern England, Boudicca, and girls’ education activist Malala Yousafzai as women who have inspired him.

The PM then took questions from the teenage audience, at which point journalists were moved on.

Mr Johnson later addressed a reception of female ministers, MPs and others inside Number 10 – urging them to campaign for 12 years of quality education for every girl in the world.

“I don’t wish to use a patriarchal or militaristic metaphor, but I think it is the Swiss army knife that can really tackle so many of the world’s problems,” he said.

He also announced that International Development Minister Baroness Sugg had been made his special envoy for girls’ education.

She said: “What this Government is about is unleashing the potential of every single person in our country, regardless of your race, regardless of whether you are a man or a woman or your sexuality.

“We think that everybody should be judged by their individual talents, what they’ve got to offer and their hard work.

“And what we don’t want is we don’t want women to be weighed down by expectations – and Taylor Swift I think has put it very well in her new song when she said: ‘I don’t want to run as fast as I can wondering if I’d get there quicker if I was a man’.”