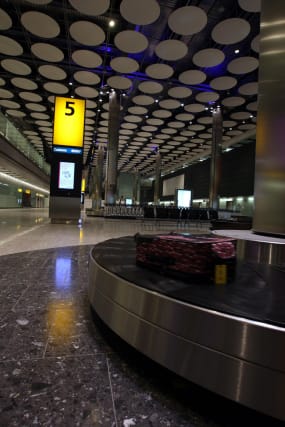 Fears are growing for the jobs of thousands of workers who provided baggage handling and other services for Flybe following the airline’s collapse.

Thousands of employees at ground handling firm Swissport, based at regional airports across the UK, are anxiously waiting for news.

Sources said an announcement could be made later on Thursday warning that several thousand jobs are at risk.

Some engineers were told late on Wednesday that they were being laid off, sources said.

Nadine Houghton, GMB national officer said: “The collapse of Flybe is a tragedy for the company’s loyal workforce.

“A domino effect now puts 1,400 jobs in the wider supply chain at immediate risk and threatens the future of vital regional airports.”