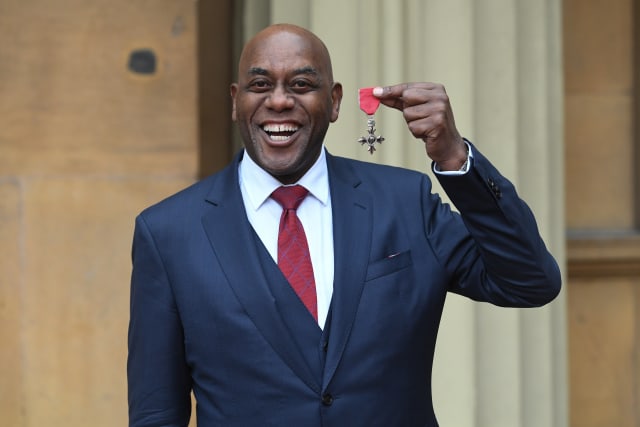 Celebrity chef Ainsley Harriott has wished his successor as host of the rebooted Ready Steady Cook well for the new series.

Harriott said he sent a message to new presenter Rylan Clark-Neal telling him to “keep it going”, as the cooking programme returned to TV screens this week, a decade after it ended.

The long-time chef praised Clark-Neal’s “relaxed” presenting style, but admitted he had not had a chance to see the new version in full yet.

Speaking after being made an MBE for his services to broadcasting and culinary arts, Harriott said he told Clark-Neal: “Well done, keep up the good work.”

“As a presenter I like what he does, I think he engages with people. He’s very warm, he’s got a relaxed style, so I’m sure that’s going to work.”

He said the show, which sees contestants hand a random bag of ingredients to a chef to create something tasty, has a “good format”.

“It’s showing people what they can do with some basic ingredients in a short space of time,” he said.

Harriott described being recognised at Buckingham Palace on Thursday as “very special”.

Having made a career of trying to make cooking more accessible to people, he said food remains his passion.

“I think it’s kind of bringing food to people who perhaps a little bit shied away from it, (were) a little bit embarrassed about it,” he said.

“I think what I’ve tried to do over the years is to kind of open the door to say ‘It’s a meal, it’s OK, don’t panic, don’t get worked up about it’.”

The chef was intending to celebrate his royal honour by enjoying some “classic British fare” with his children at the Wolseley in London.