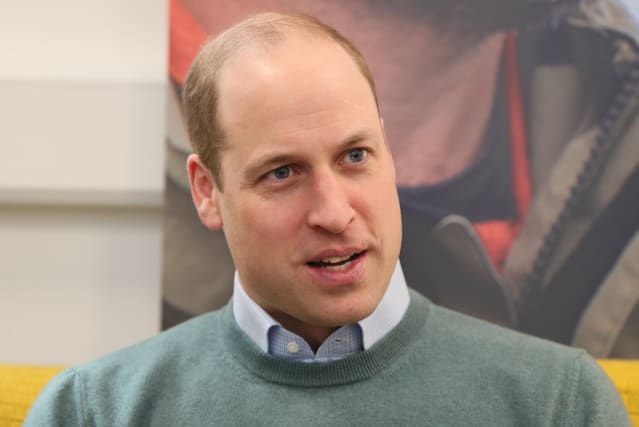 The Duke of Cambridge is to urge the UK and Ireland not to be “bound” by the wrongs of the past, in a speech echoing the Queen’s historic address to the Irish people.

William is expected to highlight the importance of reconciliation, just as his grandmother did during her 2011 Ireland visit when she offered her sympathy to everyone who had suffered in centuries of conflict between the two nations.

The duke, who is on a three-day Irish tour with wife Kate, is expected to talk about the Troubles and describe how he remembers growing up with the violence that affected the UK and Ireland.

The Cambridges followed in the Queen’s footsteps when they visited Dublin’s Garden of Remembrance on Tuesday and paid tribute to those who fought and died for Irish independence from Britain.

In a keynote address in Dublin, William is expected to say: “Growing up I remember seeing the Troubles that took place, which affected so many people across the UK and Ireland.

“This explains why one of the truly profound moments for Catherine and I took place yesterday when we laid a wreath at the Garden of Remembrance.

“It was a reminder of the complexity of our shared history, and as my grandmother said during her visit in 2011, ‘our islands have experienced more than their fair share of heartache and turbulence’.

“But it was also a reminder of how far we have come. It is right that we continue to remember those who suffered as a consequence of our troubled past. And whilst many wrongs have been done, it is important that we are not bound by these.”

The Queen helped put Anglo-Irish relations on a firmer footing nine years ago when she became the first British monarch to visit Ireland since it gained independence.

In a powerful address at Dublin Castle, she spoke of the painful legacy of the past and the need to remember all those whose lives had been affected.

She said the relationship had not always been straightforward, but stopped short of an apology for Britain’s actions in Ireland, saying both nations could have acted differently.

William and Kate began the second day of their tour by visiting Jigsaw, a national mental health charity, where they sympathised with young people learning to cope with the pressures of life.

At the organisation’s centre in Dublin they chatted to Lauren Russell, 21, who said after the royal visit: “I spoke to them about how I was able to build a tool box of how to deal with issues I was facing. They were very interested in that.

“It effectively gives you a way to manage life’s stresses and be able to cope with your problems. I struggled with keeping a secret about my mental health problems and thinking people would treat me differently.

“Both of them stressed that breaking the stigma surrounding mental health was so, so important.”

The couple were dressed casually for the visit with Kate wearing a Reiss coat, a shirt by Equipment and a pair of black jeans and boots, while William wore a shirt, jumper and trousers.