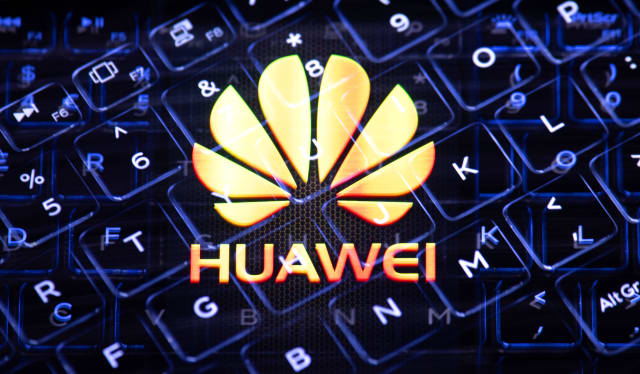 The ex-work and pensions secretary compared using Huawei kit as akin to letting “Nazi companies in Germany” supply the UK’s radar technology, in a blistering attack on the firm.

Prime Minister Boris Johnson approved a restricted role for Huawei in the 5G network in January, limiting it to 35% of the periphery network.

He said: “We’re in a mess and the only way to get out of that mess is … to ensure that Huawei reduces from its present position not to 35% that the Government wants but simply down to 0%.

“I recognise that may take a little bit of time but I say in the next two to three years that should be the purpose of the Government.”

He added: “Can I just simply say, imagine in 1939 had we been we developing our radar systems, we decided actually to have one of the Nazi companies in Germany involved directly in doing it.

“This is the level. ‘Oh, but we reduced to the 35% of the involvement, so only 35% was controlled by them.’ I wonder how ridiculous that is.”

Responding for the Government, digital, culture, media and sport minister Matt Warman said its aim is to reduce its reliance on high-risk vendors but did not commit to an end date.

He told MPs: “I want to reassure members that we share the ambition that our long-term goal is that our reliance on high-risk vendors should reduce.

“And a timetable must be contingent on diversification in the market.

“Successive Western Governments have failed to ensure that there is effective competition in the market.”

Mr Warman added: “We are faced with a very narrow choice of suppliers in the market for these technologies.

“And so through a strategy of market diversification we seek to attract global vendors, we will seek to ensure new entrants enter the supply chain and we will promote the adoption of open, inter-operable standards.

“We’re already in talks with Samsung, for instance, and our own test beds and trials programmes do not use high-risk vendors.”

He said: “In the rush, and I do believe it is a rush, to go ahead with the 5G system for the UK using Huawei’s products extensively the UK Government, I believe, has brushed aside the concerns of all of the most important allies, the people that we rely on generally.

“And that there is an overwhelming body of evidence that indicates Huawei is an untrusted vendor and should not be given any further opportunity to access our vital communications networks.

“The decision by the UK Government, frankly, leaves us utterly friendless amongst our allies.”

Sir Iain added: “I’m afraid the establishment at the moment in the UK has found itself somehow locked to this Huaewi process and we need to break them free.

“It’s like getting someone off the addiction to heroin. We need to put them, I think, into rehab.”

Former first secretary of state, Tory MP Damian Green, said Huawei’s own claim it is “wholly owned by its employees” – and thus is like John Lewis – is “absurd”

He added: “I was surprised on a radio programme I was on a couple of weeks ago that a director of Huawei in this country who happens to be a permanent secretary described Huawei as being rather like John Lewis. In that it was owned by its employees and we’ve got this wrong.

“Does he (Sir Iain) agree with me that that is an absurd characterisation of Huawei?”

Sir Iain replied: “Well it is either completely absurd or I am going to review my purchases from John Lewis, my socks might yet even be bugged.”

Shadow business minister Chi Onwurah said Labour agreed with Sir Iain’s concerns, adding: “although on opposite sides of the House we share a deep commitment to British security”.

She asked: “How has the industry got itself into the position where critical national infrastructure is so reliant on one high-risk vendor?”

The SNP’s media spokesman, John Nicolson, said: “We on these benches have serious concerns about establishing such a fundamental part of our digital infrastructure with Chinese-owned technology.

“Any and all of our concerns and doubts about the impact this could have on the security and the autonomy of our data must be answered without reproach before such a risk is taken with our vital national infrastructure.

“To ensure this, we believe the Government should conduct a full, independent review and assessment in collaboration with allies in the Five Eyes.”