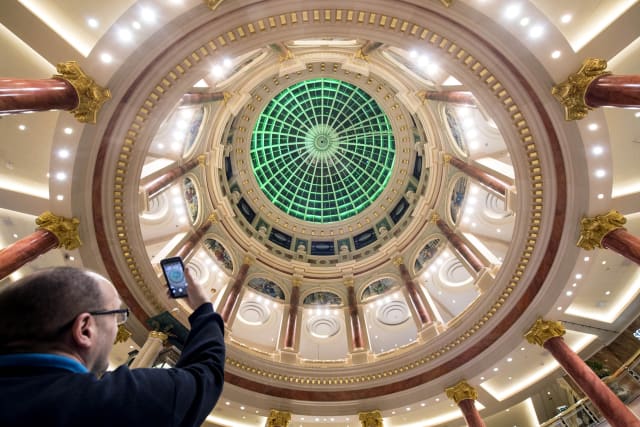 The owner of the Trafford Centre in Manchester has been forced to abandon plans to raise up to £1.5 billion to pay down its massive pile of debt.

It was a major frustration for Intu boss Matthew Roberts, who had hoped the funds could help reduce the firm’s £5 billion debt.

“It is disappointing that the extreme market conditions have prevented us from moving forward with our planned equity raise,” he said.

Intu said investors were put off by the equity market and the retail property investment market.

However, Mr Roberts said “a number of alternative options” had been presented during the process and the company will explore these further.

Intu had announced plans to raise the money, revealed on Wednesday to be between £1 billion and £1.5 billion, in the middle of January.

The first warning signs came a few weeks later, when Link Real Estate Investment Trust, based in Hong Kong, announced that it was not interested in the fundraise. Intu had named it as one of the investors it was in discussions with just a day earlier.

The Financial Times reported at the time that Link was “quite surprised” to have been named, according to people briefed on the situation.

On Wednesday, Mr Roberts said: “We remain focused on fixing our balance sheet in the near term to ensure this business has the financial footing it needs to realise its significant potential.”

In a trading update on Wednesday, Intu revealed that its UK shopping centres had weathered a 2.5% drop in footfall across the sector, and managed not to lose any customers.

It kept guidance unchanged for 2020, saying results would decline but at a slower rate than last year when like-for-like net rental income fell 9.1%.

Mr Roberts said: “We will face further challenges in what has been an extraordinary few months for Intu and the wider sector, but I am confident that we will face these head-on and emerge a leaner, fitter and more focused business.”