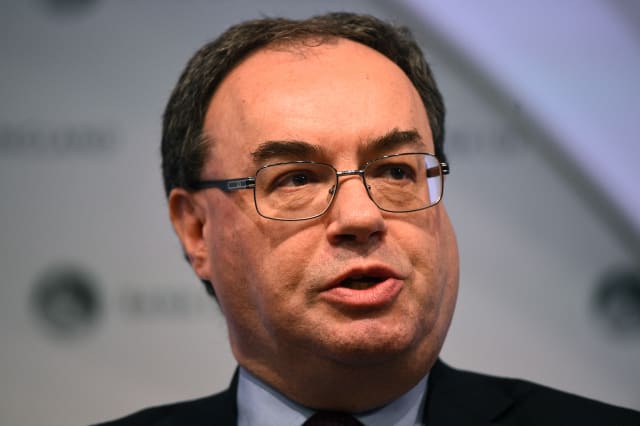 Incoming Bank of England governor Andrew Bailey has said emergency supply chain finance is likely to be needed to help support firms struggling with the impact of coronavirus.

Mr Bailey, who is currently chief executive at the Financial Conduct Authority (FCA), told MPs on the Treasury Select Committee that the Bank and the Treasury were set to need to collectively step in and help provide this financing, potentially imminently.

He said small firms in particular were at risk from disruption from coronavirus.

He said: “It’s reasonable to expect we are going to collectively have to supply some supply chain finance in the not too distant future to ensure the shocks from the virus are not damaging to many firms … in particular to small firms.

“We will have to move very quickly to do that.”

He added: “It’s quite clear in a situation like this, that we must act in a coordinated fashion.”

Mr Bailey – who is due to take over from Mark Carney on March 16 – also stressed the Bank would have to be “nimble” in its response to the coronavirus crisis.

He said: “It’s evolving very quickly and in an unprecedented and unexpected fashion.”

Mr Carney warned, in a hearing with the committee on Tuesday, that the economic shock caused by coronavirus could “prove large but will ultimately be temporary”.

The outgoing Bank boss also said central banks and governments worldwide were preparing to act and said the “collective response will be both powerful and timely”.

The US Federal Reserve cut its interest rates later on Tuesday to help ward off from an economic downturn in the American economy – a move which has also helped stock markets pull out of their nosedive.

It is reported that high street banks are already rolling out emergency loans to firms across the UK amid fears that factory disruptions in China are threatening their supply chains and cash flow.

Barclays, Santander UK and Royal Bank of Scotland have already begun contacting thousands of business customers to check if they are under financial strain and need overdrafts or short-term loans, according to The Guardian.

In an at times uncomfortable hearing, MPs also questioned Mr Bailey over his tenure at the FCA after campaigners led by businesswoman Gina Miller recently called for a review into his appointment at the Bank after accusing him of a “toxic cocktail of negligence, incompetence and indifference” at the City watchdog.

The True and Fair Campaign – set up by Ms Miller and her husband Alan in 2012 – published a report late last month claiming the FCA had failed to protect consumers and investors after a string of scandals, including the collapse of London Capital & Finance (LCF) and more recently the demise of Neil Woodford’s flagship investment fund.

Mr Bailey defended the FCA’s record in recent years, saying it had tackled high cost consumer credit and launched many insider trading cases, which resulted in a conviction.

But in a message to his successor, he said the role at the FCA was “hellishly tough at times”.

“But I don’t regret it for a moment,” he added.