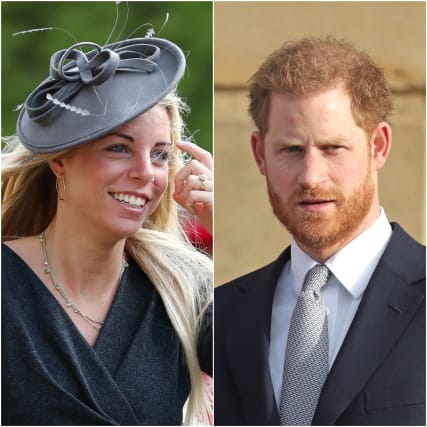 The Sun allegedly received unlawfully obtained phone records of the Duke of Sussex’s then-girlfriend in 2005, the High Court has heard.

Lawyers representing dozens of claimants in the latest wave of phone hacking cases against News Group Newspapers (NGN) – publisher of The Sun and the now-defunct News of the World – claim a journalist at The Sun was sent Chelsy Davy’s illegally obtained phone billing data by a private investigator.

The allegation emerged at the latest hearing in the long-running litigation in London on Tuesday and Wednesday, which is dealing with the disclosure of evidence ahead of a trial that is due to begin in October.

NGN has not responded to the allegation in court and has never made any admission of liability in relation to phone hacking allegations involving The Sun.

Callum Galbraith, a solicitor at law firm Hamlins which represents a number of the claimants, said in a witness statement prepared for this week’s hearing: “HRH the Duke of Sussex’s number and the time, date and duration of the calls between him and Ms Davy appear throughout the attached document.

“It is clear that this document could not have been obtained legally, and nor does it seem from the rather matter-of-fact subject line that this was the only time Mr Behr had supplied such records.”

Mr Galbraith said that “such brazenly unlawful activities were duly authorised” by senior editors at The Sun.

He added that “the claimants have only very recently … discovered that Mr Behr supplied unlawfully obtained information about a senior member of the Royal family”.

An earlier trial of phone hacking claims brought by Sir Elton John, Elizabeth Hurley and Heather Mills was due to be heard last February, but settled shortly before it began.

At the time, Hamlins said in a statement that their claims were “the fourth trial in the last 18 months which has settled very close to the start of the trial date”.

David Sherborne, a barrister representing the claimants, told Mr Justice Mann on Tuesday that there were now more than 40 active claims against NGN with a further “70 or so claims in the pipeline”.

NGN has settled several claims brought against it by a number of high-profile celebrities, including Hugh Grant and David Tennant, but has never made any admission of liability in relation to allegations involving The Sun.

The News of the World folded in 2011 after details emerged of extensive phone hacking at the newspaper.

The Duke of Sussex brought legal proceedings against NGN and Reach – formerly Mirror Group Newspapers – last year, just days after it was announced that the Duchess of Sussex is suing the Mail on Sunday after it published a letter she wrote to her father.