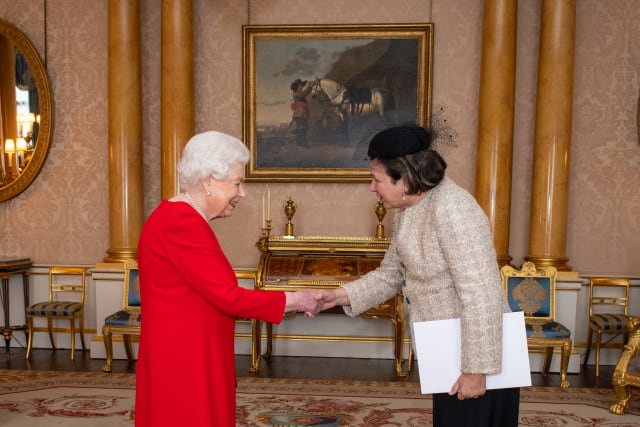 The Queen ditched her gloves as she carried out audiences at Buckingham Palace – but will be following Government advice on washing hands amid the coronavirus outbreak.

The 93-year-old monarch unusually wore large white gloves at a Palace investiture for what was believed to be the first time on Tuesday, as she greeted more than 50 recipients.

But on Wednesday, for her one-to-one audiences in her London residence, during which she never wears gloves, she was back to being bare-handed.

The Queen, dressed in a vibrant red dress, met President of Malta George Vella in the Palace’s 1844 room.

The monarch shook hands with her guests, who were also without gloves.

A royal source has previously said that Buckingham Palace is following Government advice.

It is therefore likely that the Queen will be helping to stop the spread of any germs by washing her hands for 20 seconds with soap and water, or using hand sanitiser, more often, and regularly throughout the day.