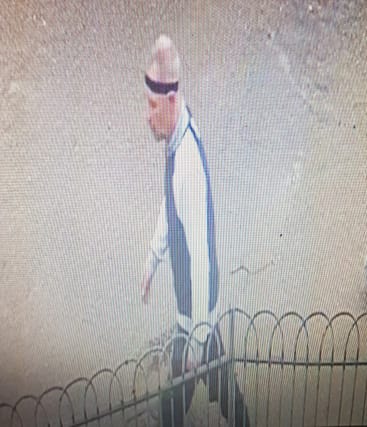 Police investigating an incident in which a BBC reporter had hot chocolate thrown at her have released a CCTV image of the “suspect”.

The BBC’s Lauren Moss tweeted about the incident on February 19, saying that a member of the public threw the drink at her and “screamed abuse about how he hates the BBC”.

The alleged attack in Brighton’s Royal Pavilion Gardens happened moments before she went on air for BBC South East at lunchtime.

Speaking on Twitter, Ms Moss said at the time: “Luckily the drink missed my face and hit my coat instead.

“Someone may not approve of my work or who I work for but I am a journalist just doing my job.

“Anti-media feeling like this is very concerning for anyone in the industry.”

On Wednesday Sussex Police released a CCTV image of a man wearing a black headband, in connection with the incident.

A spokesman said: “Police have since obtained the attached image of the suspect.

“If you recognise him or have any information about the incident, please report it online or call 101, quoting serial number 76 of 20/02.”

The incident led to an outpouring of support for Ms Moss on Twitter, including from Peter Kyle, MP for nearby Hove and Portslade.