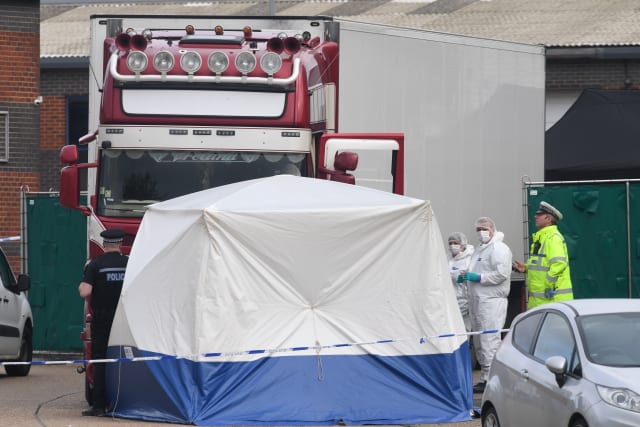 A 27-year-old man has been charged with an immigration offence in connection with the investigation into the deaths of 39 migrants in a refrigerated lorry.

Alexandru-Ovidiu Hanga, of Hobart Road, Tilbury, Essex, is due to appear at Basildon Magistrates’ Court on Wednesday.

He is accused of conspiring to smuggle non-EU nationals into the UK, contrary to immigration law.

The charge was brought as part of the investigation into the deaths of 39 Vietnamese nationals who were found in a lorry container parked in an industrial estate in Grays, Essex.

Ten teenagers, including two 15-year-old boys, were among those found dead in the lorry in the early hours of October 23 last year.

Detectives from Essex Police believe a number of Vietnamese nationals may have come into the UK illegally through Purfleet in the same month, and are asking them to come forward to help with the investigation.