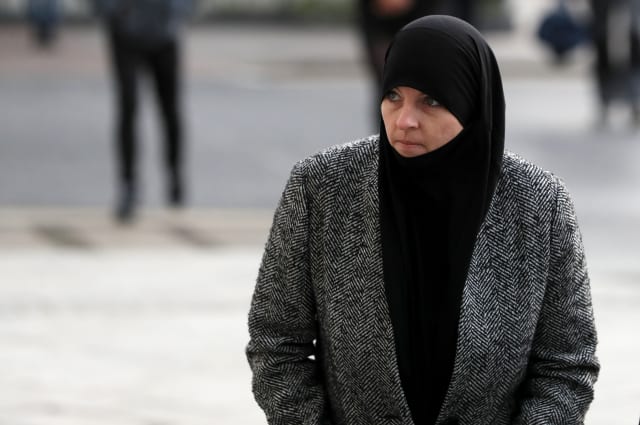 The solicitor of alleged so-called Islamic State-member Lisa Smith has said she is anxious for her case to move forward as she wants to prove her innocence.

The Irish woman has been charged with membership of an unlawful organisation, under 2005 terror legislation.

The 38-year-old Co Louth woman, who is a former member of the Irish Defence Forces, appeared at Dublin District Court on Wednesday.

Defence solicitor Peter Corrigan urged the Director of Public Prosecutions (DPP) to drop the terrorism charge against his client.

Smith, who wore an Islamic dress and hijab with her face uncovered in court, sat silently throughout her brief appearance.

The court also heard that the Book of Evidence has not yet been finalised and a further six-week adjournment was requested.

Mr Corrigan consented to the adjournment but asked that matters are dealt with expeditiously.

He told the court:  “She is anxious that this matter is dealt with expeditiously.

“Our case is that this matter should be discontinued.

“She wants to prove her innocence.”

Mr Corrigan said he urges the DPP to look at a number of points in relation to the charge “very carefully”.

He also called for the DPP to review the charges during the six-week adjournment.

Mr Corrigan previously told the court that there was not enough evidence to convict his client.

Judge Colin Daly said those were matters for the DPP and defence.

Smith, who denies the charge, was remanded on continuing bail.

Smith was arrested at Dublin Airport on suspicion of terrorist offences after returning from Turkey in November with her young daughter.