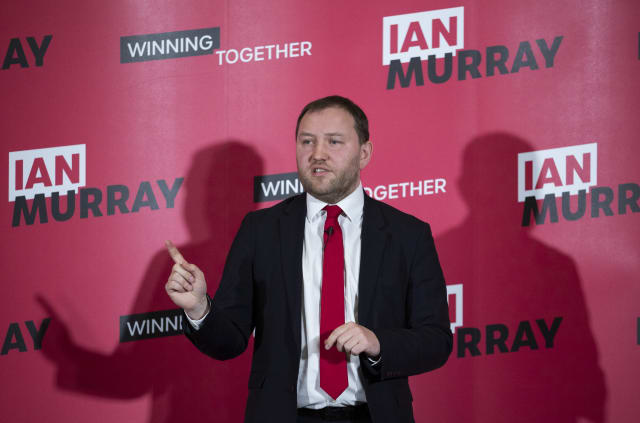 Ian Murray has said he would create a position of co-deputy leader for a woman to join them in the role if he is successful in the contest.

After his address to the Women’s Parliamentary Labour Party, Mr Murray also called for permanent proxy voting at both Westminster and Holyrood.

The Edinburgh South MP has set out a range of pledges to women in the Labour Party, including formal parental leave arrangements for all levels of elected members.

Citing a new system of “locum MPs” at Westminster, first used by Stella Creasy while on maternity leave, the deputy leadership candidate argued both the UK and Scottish Parliaments should be more flexible for those with caring responsibilities or representing rural constituencies.

Mr Murray said: “We should always be proud of Labour’s record in achieving greater gender equality – both within our party and in society when we were in Government. But there is so much more to do.

“This starts with reforming our own party, which is why I am determined there should always be at least one woman in our leadership team.

“Public service is something to be championed but we cannot hope to encourage more people to choose it as a career unless we remove institutional barriers.”

The pilot maternity leave system at Westminster referenced by Mr Murray allows locums to take the place of MPs on leave.

They are paid the equivalent of £50,000 per year, pro-rata, but are not able to speak or vote in the chamber, with that role taken by the MP’s proxy.

The pair wanted to share the role of Scottish Labour deputy leader but the proposal was rejected by the party, leading to just Ms Baillie standing out of the two.