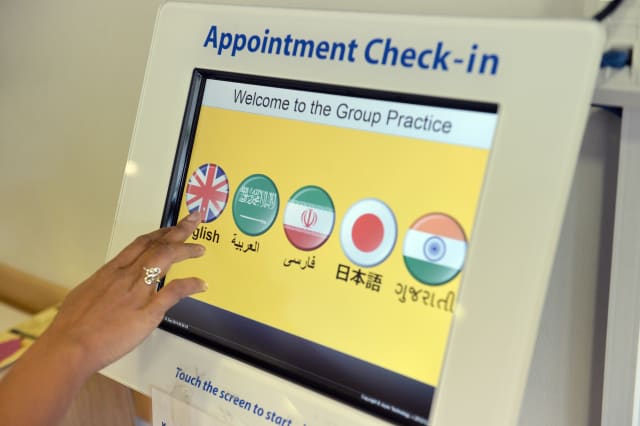 GPs are “dissatisfied” with the amount of time they get to spend with patients, a new poll suggests.

The Health Foundation said that just one in four GPs in the UK are satisfied with the length of appointment.

GPs working in Britain were found to be the least satisfied with the amount of time they get allocated to help their patients.

Many GP surgeries in the UK have rules on how many problems people can present to their doctor in a single appointment – which usually lasts around 10 minutes.

Just 29% feel satisfied with the amount of time they spend with their patients.

GPs from other nations, including France, Germany, the United States and Canada, said they get to spend around 19 minutes with each patient and were found to be more satisfied with the length of appointment when compared to their British colleagues.

The poll, set out in a new report, also found that 60% of British GPs find their job “extremely” or “very” stressful, and almost half (49%) plan to reduce their weekly hours in the next three years.

Just 6% of UK GPs report feeling “extremely” or “very satisfied” with their workload – the lowest of any country surveyed.

Family doctors also reported frustration with communication channels to hospitals, with many complaining this is “too slow” – only 8% of UK GPs report that they “usually receive a report within a week of a specialist review”.

One of the report authors, Dr Rebecca Fisher, a practising GP, said: “These findings illustrate the pressures faced by general practice, and the strain that GPs are under. This survey shows that over the long term we need concerted action to stabilise general practice.

“Despite performing strongly in some aspects of care, many GPs consider that appointments are simply too short to fully meet the needs of patients. Too many GPs are highly stressed and overburdened – to the point of wanting to leave the profession altogether.”

The report calls for a number of actions to help GPs and their patients including enabling GPs to offer longer appointment times.

It also calls for improvements in the speed of communications between hospitals and GP surgeries.

Leading family doctors at the Royal College of GPs have already called for 15 minute appointments as medics deal with increasingly complex problems and those who suffer from multiple conditions.

Commenting on the report, Dr Gary Howsam, vice chair of the Royal College of GPs, said: “It’s incredibly concerning that GPs in the UK are more dissatisfied with the job, on many levels, than family doctors in other countries.

“However, it comes as no surprise as general practice has been operating under immense resource and workforce pressure for some time.

“GPs want to do their best for their patient but as more people are living with multiple, long-term conditions, standard 10-minute consultations are rarely appropriate to deliver the complex, high-quality care our patients deserve.

“We often find ourselves trying to cram far too much into 10 minutes, not only trying to deliver holistic care, but fitting in the increasing number of things we are expected to do during a consultation.

“No GP wants to hurry an appointment, and the result of having to doing so is stressful and dissatisfying for the GP and can leave patients feeling as though they have been rushed.

“We need more time with our patients.

“The College has called for 15-minute appointments as standard and longer for those patients who need it – but offering longer consultations means offering fewer and patients are already waiting too long for an appointment.

“We need the Government to deliver their pledges of more funding for general practice and 6,000 more GPs as a matter of urgency – and we look to the forthcoming NHS People Plan for details on their strategy to tackle GP workload and retain our existing GP workforce, so that the NHS remains fit for the future.”

An NHS spokeswoman said: “The NHS Long Term Plan means an extra £4.5 billion a year will be invested in primary and community care, supporting the recruitment of 26,000 physios, therapists and other health experts to offer patients more access to specialist care in GP teams.

“This will build on success developing smarter working which in the last year alone has seen GPs across the country free up an extra half a million hours of time for patients.”