Fewer than 7% of frontline firefighters in England are women, figures show 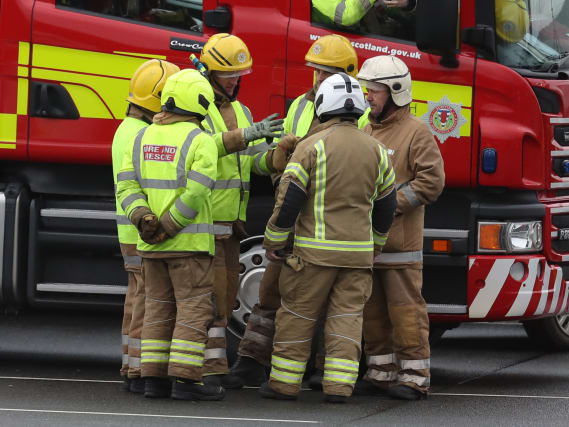 Women make up fewer than 7% of frontline firefighters in England but are still better represented than they were five years ago, figures show.

With International Women’s Day approaching, fire and rescue services are being urged to challenge “age-old stereotypes” and shift perceptions of the role as crews focus on prevention work.

The latest available Home Office data indicates that in 2019, there were 2,231 on-call and full-time female firefighters, alongside 32,791 men.

That means some 6.4% of England’s operational workforce were women.

And despite there being roughly 450 more female firefighters last year than in 2014, the proportion of women in the frontline workforce has only increased slightly, from 4.5%, in five years.

Firefighting remains a male-dominated profession, and volunteer-led organisation Women in the Fire Service UK (WFS UK) says despite an increasing number of female firefighters signifying a “huge cultural shift”, further education is vital to promote firefighting as a career for all genders.

A WFS UK spokeswoman said: “The general public don’t give much consideration to the gender of firefighters.

“All they are concerned about is that when they call 999 requesting the fire service, that help arrives in the form of professional firefighters.

“Do they see the people inside the uniform, under the helmet, behind the visors?”

“When asked, many young people guess the gender statistics to be more 50/50 and when told it’s 94 to six are visibly shocked,” she added.

“Unfortunately, it’s down to education. Many still see the role of a firefighter as a ‘fireman’ – someone who will be a hero and throw you over his shoulder and bring you out of a burning building as in films, but this is not how modern fire and rescue services operate.”

WFS UK added that fire services should do more to promote the varied nature of the role and battle against “age-old stereotypes”.

A recent report from Her Majesty’s Chief Inspector of Fire and Rescue Services highlighted a “striking” lack of diversity across the sector.

The report stated that until 2018/19, any increase in the percentage of female firefighters in the country was largely down to more men retiring.

A spokesman for the National Fire Chiefs Council said: “There is much still to do with regard to recruitment across the fire service, however statistics do show that the number of new female firefighters is on the increase.

“It goes to show we are increasing diversity and services are therefore recruiting from all sections of society and attracting the best talent.

“This is a clear indicator that people see the role of a firefighter as a job for all.”

A Home Office spokesman said it was working with fire and rescue authorities to “ensure they are recruiting from the broadest possible talent pool”.

“The Home Office and National Fire Chiefs Council have launched a national awareness campaign to encourage people from all backgrounds to consider a role in the fire sector,” they added.