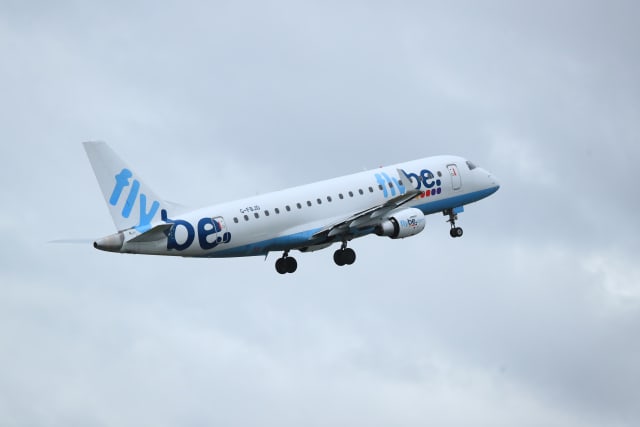 Unions have expressed fears that airline Flybe is on the verge of administration, threatening thousands of jobs and the future of a number of regional airports.

Crisis talks were held throughout the day on Wednesday to try to secure a rescue package, but it is understood no deal has been agreed.

The struggling airline was saved from collapse earlier this year but has been unable to obtain finance from the Government.

Mike Clancy, general secretary of the Prospect union, said it would be a “devastating blow” for its members working for Flybe if it goes into administration.

He said: “The airline provides important connections to and from parts of the UK where other viable options often don’t exist.

“A number of regional airports are also highly reliant on Flybe for most or all of their scheduled services.

“Prospect will do everything we can to support our members but the truth is the Government has badly let them down.

“The failure to provide the loan that is required as part of a package of rescue measures means the Government has failed in its commitment to every part of the UK.”

Nadine Houghton, national officer of the GMB union, said: “These unfolding developments are a tragedy not only for Flybe’s loyal workforce, but a domino effect now puts 1,400 jobs in the wider supply chain at immediate risk and threatens the future of vital regional airports.

“The last thing regions crying out for investment need is to see infrastructure that maintains good jobs ripped away.

“We need the Government to urgently step in and save jobs wherever possible. The damage to already fragile local economies must be minimised.”