Devolved administrations to push Treasury for cash to tackle coronavirus 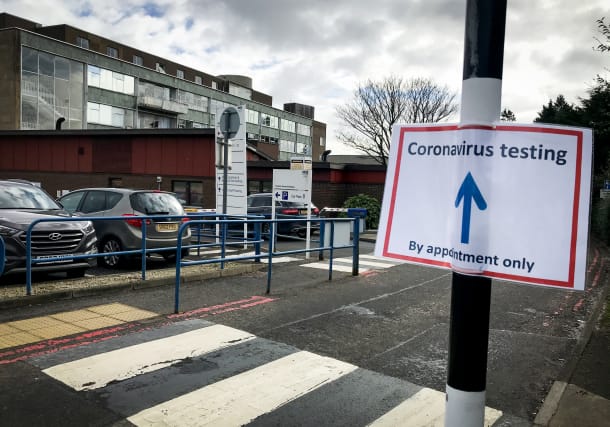 Finance ministers from the devolved administrations are to press the UK Government on whether extra health funding will be made available to deal with the impact of coronavirus.

Scotland’s Finance Secretary Kate Forbes confirmed the issue was on the agenda for a meeting with Chief Secretary to the Treasury Stephen Barclay next Tuesday.

Ms Forbes told MSPs on Holyrood’s Finance Committee that as yet there was no “clarity” about whether next week’s UK Budget would make additional resources available.

New Chancellor Rishi Sunak is reported to be rewriting his spending plans ahead of his March 11 statement in the wake of the outbreak.

Ms Forbes told the committee that “notwithstanding the serious human impact” of the Covid-19 virus, ministers were “very mindful of ensuring we make appropriate preparations in our budget”.

The Finance Secretary said: “I had a call with the Chief Secretary to the Treasury Stephen Barclay last week and I raised it with him then because I think it is really important we are able to share information and have an ongoing dialogue in terms of funding.

“He wasn’t able to provide me with any clarity how the UK Government will respond to that in its Budget next week.

“But I have a quadrilateral next week on Tuesday, along with Welsh and Northern Irish counterparts we are due to speak again to the Chief Secretary to the Treasury next Tuesday and it is on the agenda.”

She told the committee she would keep them “informed of any associated funding developments as they evolve”.

Ms Forbes spoke on the issue as amendments to Holyrood’s 2020-21 budget to factor in the SNP Government’s deal with the Scottish Greens were approved by the committee.

She told MSPs: “As a result of the agreement with the Greens I will be providing an additional £95 million in resource to local government, an additional £60 million for the transport, infrastructure and connectivity portfolio, which consists of £15 million of resource to introduce new free bus travel for young people aged 18 years and under, subject to the necessary preparations, and £45 million capital  for net-zero projects, £15 million of which will be transferred to local government.

“There is also an addition £13 million of resource and £5 million of capital to the justice portfolio for the police service.

“Overall those amendments increase the Scottish Government’s budget by £173 million, which is £123 million of resource of £50 million of capital.”

With the Scottish budget – which is due to gain its final parliamentary approval on Thursday – coming before the UK Government has announced its tax and spending plans for the coming year, Ms Forbes said ministers at Holyrood may have to “review” their position if the cash that comes to Scotland is less than anticipated.

Some of the forecast sums are based on spending commitments in the Conservative election manifesto, with the Scottish Government using them work out how much money could come to Scotland as a consequence.

Ms Forbes said: “The budget has taken place in exceptional circumstances, there has been a higher level of risk, in light of the fact we had baked in anticipated consequentials, so we are exposed to whether the UK Government delivers on its manifesto commitments.

“If the UK Government delivers less than we have assume we may need to review our position.”

Ms Forbes stressed she believed the assumptions that have been made in the Scottish budget are “prudent”.

But she told MSPs: “I don’t want to hide the fact there is risk, we are more exposed to the risk of what the UK Government does or doesn’t do this year versus previous years.”