Concern over coronavirus cases contracted in the UK 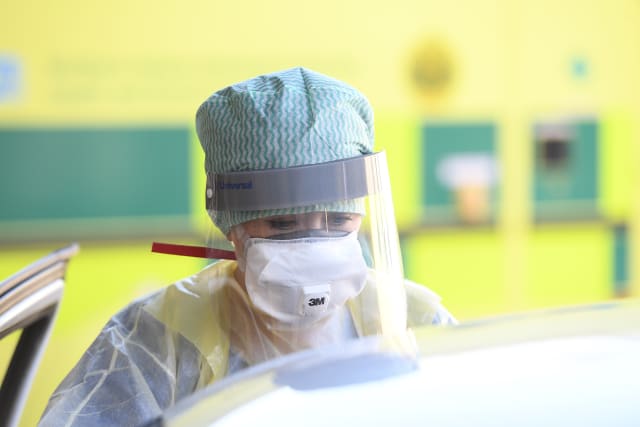 Experts have raised concerns over the possibility of “low level” community spread of coronavirus after it emerged that three of the latest cases were contracted in the UK.

While a majority of current cases in Britain are among people who had travelled to hotspots linked to the virus, England’s chief medical officer confirmed three of the latest cases became infected in the UK.

“It is not yet clear whether they contracted it directly or indirectly from an individual who had recently returned from abroad,” Professor Chris Whitty said.

“This is being investigated and contact tracing has begun.”

Scientists welcomed the news that contact tracing was taking place but raised concerns over “low level” transmission of the virus in Britain.

Dr Stephen Griffin, associate professor at the University of Leeds, and chairman of the Microbiology Society’s Virology Division, said: “We are continuing to see new cases predominantly imported or linked to cases imported from high risk regions of the globe. It is encouraging that these are being identified, isolated and treated in a timely fashion.

“However, it remains a concern that cases of unknown origin are continuing to be identified. This suggests that there could be, albeit low level, local transmission within the UK resulting from an unknown source, but it could also be the case that contact tracing will rapidly identify the origin of these infections.

“It is right to be concerned and prepared, but it is not a time to panic. The number of cases remains small compared to the UK population and the current strategy of containment is working by and large.

“Nevertheless, we can probably expect to see an increase in the number of cases in the forthcoming days and weeks; the question is whether cases of unknown origin may start to become more significant.”

Dr Andrew Freedman, reader in infectious diseases at Cardiff University, added: “It is the three of these who contracted the virus in the UK from an unknown source that are of greatest concern.

“This suggests that there are likely to be other as yet, undiagnosed cases which may lead to further spread.”

Dr Robin Thompson, junior research fellow in mathematical epidemiology at the University of Oxford, said: “The vast majority of these cases are known to have recently travelled to affected areas.

“With that in mind, at the current time, the cases that are of greatest concern are the three patients that appear to have contracted the virus in the UK, since we do not yet know the sources of these cases. Contact tracing is under way to find this out.”

Public Health England’s medical director Professor Yvonne Doyle said: “The majority of the new cases are linked to travel to affected countries, but we are carrying out contact tracing to understand how people acquired their infection.

“We are calling on everyone to help prevent the spread of coronavirus to help protect yourself and those around you. Our message is clear – simple hand washing with soap for 20 seconds is the key step we can all take to make a real difference in stopping this virus spread.”