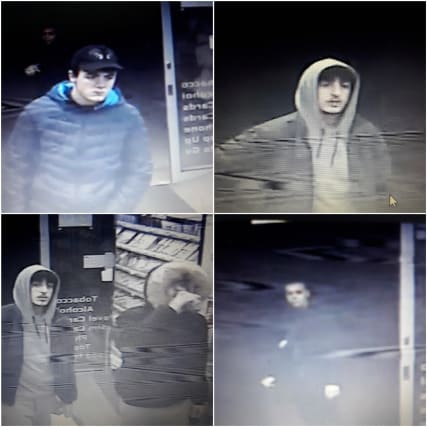 Detectives investigating a racist assault on a student by attackers shouting about the coronavirus have released CCTV images of four men.

Singaporean Jonathan Mok, 23, wrote on Facebook that he was set upon by a group of men and a woman as he walked along Oxford Street in central London on Monday February 24.

Violence erupted after the group passed Mr Mok, who has been studying in the capital for two years, and one made a remark about coronavirus.

On Wednesday, the Metropolitan Police released CCTV images of four men they wish to speak to.

Detective Sergeant Emma Kirby said: “This attack left the victim shaken and hurt. There’s no room on our streets for this kind of violent behaviour and we are committed to finding the perpetrators.

“I am keen to speak to anyone who has information about this assault. I would like to identify and speak to the four men pictured, who may be able to help me with our inquiries.”

In his account of the assault, Mr Mok described how, as he turned to face the group, one of the men said: “Don’t you dare look at me”, before launching an attack.

The student said: “All of a sudden, the first punch was swung at my face and took me by surprise. When I was still shocked by the first hit, the guy delivered the second sucker punch.

“By then, a few passers-by had stopped and one of them tried to reason with them that four on one was not fair.

“The attacker’s friend tried to swing a kick at me as I was explaining to the passer-by that I hadn’t done anything at all.

“I tried to react in self-defence but couldn’t do anything substantial because I was still recovering from a broken finger in my master hand.

“The guy who tried to kick me then said ‘I don’t want your coronavirus in my country’, before swinging another sucker punch at me, which resulted in my face exploding with blood (from my nose), where the blood was splattered all across the pavement.”