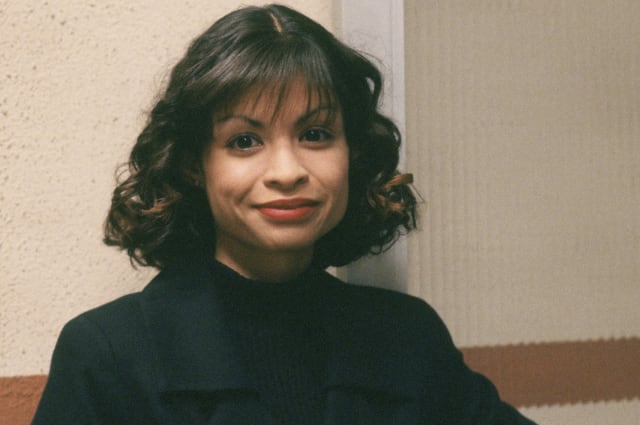 Newly released body camera footage of the officer-involved shooting that killed Vanessa Marquez nearly two years ago revealed the "ER" actress approached authorities with a replica firearm, telling them "kill me," in the moments leading up to her death.

The South Pasadena Police Department shared the devastating clips with KABC on Monday while the Los Angeles County District Attorney's Office released its review of the deadly incident. It ruled that both officers involved acted in "lawful self-defense" when they shot and killed Marquez during a wellness check at her home the night of Aug. 30, 2018.

Officers Gilberto Carrillo and Christopher Perez responded to her residence after authorities received a call from an out-of-state relative concerned about the actress' well-being. Police said the home was "in complete disarray due to hoarding conditions" when they arrived on the scene, according to KTLA.

The body cam video shows Marquez screaming in bed and telling police something about a "seizure" as they approach her.

Paramedics and a mental health clinician arrived on the scene a short time later and spoke with the "Stand and Deliver" actress for about 30 minutes about her mental and physical health as well her medication, police said. They eventually concluded she needed to be hospitalized, prompting panic from the television star.

"Oh my God no," she can be heard saying in the clip.

Authorities can also be heard assuring her that she is not under arrest, just that she will be placed on a 72-hour hold because they believe her to be a danger to herself. But she continues on to protest while she reaches into a nearby handbag and pulls out what authorities believe to be a weapon.

They repeatedly urge her to "drop the gun" as they retreat downstairs into the kitchen.

"I'm not going to kill you," an officer replies.

Marquez continues to follow the officers prompting them to fire.

The body camera footage does not show the actress in moment she was shot, but law enforcement have highlighted a portion of footage where the front a firearm can be seen turning the corner while defending the officers.

Authorities later determined the weapon to be a fake — it was an all-black bb gun "resembling a Beretta 92FS firearm," they said.

The actress, well-known for playing nurse Wendy Goldman alongside George Clooney and Julianna Margulies on "ER," was 49 at the time of her death.

In the immediate aftermath of the shooting, South Pasadena city officials issued a statement saying the officers "acted appropriately under a tragic set of circumstances."

Marquez's mother, Delia McElfresh, in 2019 filed a claimed seeking $20 million in damages from the city for her daughter's wrongful death. She alleged that both negligence and an overreaction from responding officers resulted in Marquez's death.