Warning of ‘significant’ pressures on society if coronavirus outbreak worsens 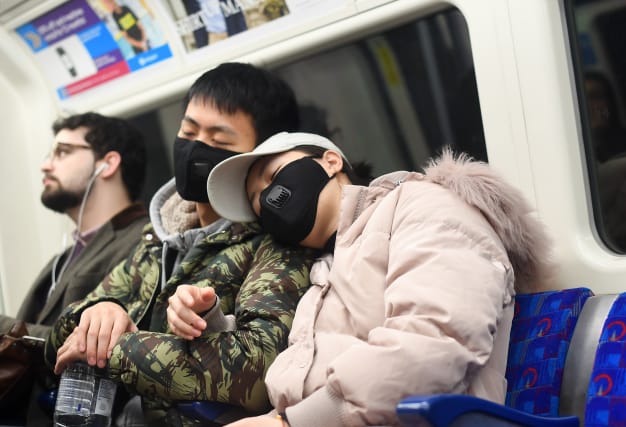 “Significant and clearly noticeable” pressures on wider society could hit if the coronavirus outbreak worsens in the UK, the Government has warned.

Staff absences, school closures, disruption to non-urgent care and cancellation of large-scale events are all possible scenarios if Covid-19 becomes a “severe prolonged pandemic” and is well-established among the UK population.

But the Government’s 27-page battle plan says any future action depends on the course of the disease, “which cannot be predicted accurately at this point”.

Outlining measures to delay the spread of the virus, the Government document says: “Action that would be considered could include population distancing strategies (such as school closures, encouraging greater home working, reducing the number of large scale gatherings) to slow the spread of disease throughout the population, whilst ensuring the country’s ability to continue to run as normally as possible.

“The UK government’s education departments’ planning assumptions include the possibility of having to close educational settings in order to reduce the spread of infection.

“We would consider such measures in order to protect vulnerable individuals with underlying illnesses, and thus at greater risk of becoming seriously affected by the disease.

“The effectiveness of these actions will need to be balanced against their impact on society.”

If transmission of the virus becomes established in the UK, authorities will move to try to mitigate its impact.

Up to a fifth of employees could be absent from work in a “stretching scenario”, according to the document.

If significant numbers of police staff are unable to work, forces will concentrate on responding to serious crimes and maintaining public order.

In the health service, roster changes may be necessary which would involve “calling leavers and retirees back to duty”.

The outbreak may lead to a temporary reduction and delay in non-essential care.

Health and social care services will work to achieve early discharge of patients from hospital so more people can be cared for in their own homes.

The public has been urged to support the UK response by “being understanding of the pressures the health and social care systems may be under, and receptive to changes that may be needed to the provision of care to you and your family”.

People can also help by checking on elderly or vulnerable family, friends and neighbours.

The document continued: “Everyone will face increased pressures at work, as well as potentially their own personal illness or caring responsibilities.

“Supporting staff welfare will be critical to supporting an extended response.”

With some school closures already in force, a Department for Education helpline is being set up to manage increasing queries from institutions and parents.

The Government is also working with our “critical national infrastructure partners” to “minimise any impacts that could disrupt the daily services on which the UK depends”.