US Democrats in London cast votes on Super Tuesday 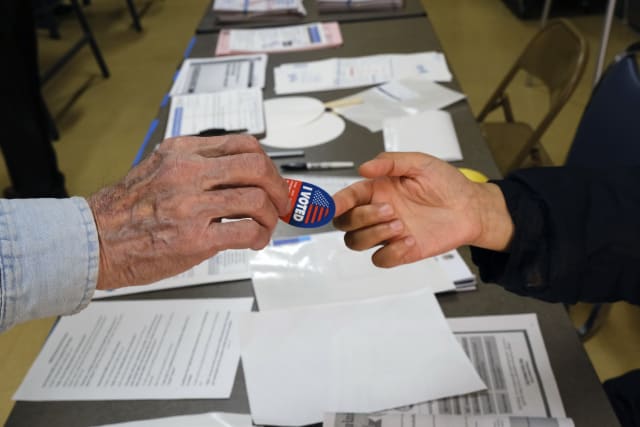 US Democrats in London have spoken of their confidence that the party can put an end to the Trump presidency as voters went to the polls on Super Tuesday.

Healthcare, education and the environment were among the issues on the lips of voters who chose their favourite in the race to become the Democratic candidate to take on Donald Trump in the November election.

Super Tuesday sees Democrats abroad cast ballots in the party’s nomination battle, alongside 14 states and one US territory.

Dozens of people filed through the doors of the Abbey Centre in central London after voting opened at 2pm on Tuesday.

This time round, polling hours have been extended as organisers Democrats Abroad UK hope more voters will get involved.

Larry Sanders, Mr Sanders’s brother, who lives in the UK, voted in Oxford on Tuesday.

Speaking to reporters outside the polling station, Mr Sanders, who is the health and social care spokesman for the Green Party, said he believes his brother is running “on very mainstream policies”.

Fellow Sanders supporters held placards aloft and chanted as they joined voters backing Elizabeth Warren and Mr Bloomberg outside the London voting centre, which was decorated with red, white and blue balloons.

Warren voter Sarah Lansberry said while she is backing her favourite, any of the Democrats are capable of beating Mr Trump.

The 34-year-old, from Seattle, said: “They’re all polling great against him (Trump) so I think there’s no qualms there.

“I think people are genuinely fed up (of Trump).”

Democrats Abroad UK chairwoman Inge Kjemtrup said she remembers the “pretty much awful” moment she realised Mr Trump had been elected in 2016.

“After that, some people wanted to fold in on themselves, but my impulse was to get active immediately afterwards,” she said.

Ms Kjemtrup said she is confident Democratic voters will back whichever candidate is nominated.

She said: “I think we have a pretty good chance. Most of the candidates have said a variant of ‘I’m blue, no matter who’. ‘Whoever wins, we’re gonna back them’. This is a spectrum of people, so for them to say that is really pretty powerful.”