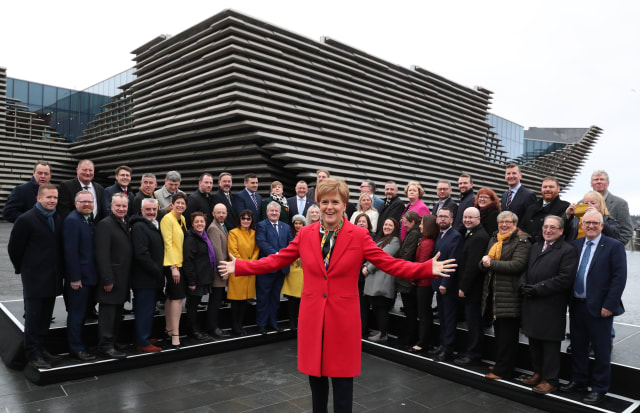 An MP who was suspended from the SNP for using anti-Semitic language on social media is to be readmitted to the party, according to reports.

Neale Hanvey was dropped by the party in Kirkcaldy and Cowdenbeath – won by Labour’s Lesley Laird in 2017 – while an investigation took place but remained on the ballot paper and won the seat in the 2019 election.

He has represented the constituency as an Independent MP, but the Herald now reports he has been sanctioned with a six-month suspension backdated to November 28, the day the party initially took action against him.

The newspaper adds that he must successfully complete an educational course with an anti-Semitism charity and meet with the Scottish Council of Jewish Communities (ScoJec) to apologise.

Mr Hanvey was dropped on November 26 after comments he made on social media over two years ago came to light.

His six-month suspension means he could be back in the SNP from May 29.

A disciplinary hearing is reported to have been held on Saturday and Mr Hanvey was said to be informed of its decision on Tuesday.

He apologised for any offence caused in the days following his suspension.

An SNP spokesman said: “The decision of the member conduct committee is open to appeal and so we cannot make any additional comment at this stage.

“As was said at the time of Mr Hanvey’s suspension, there is no place for anti-Semitism in the SNP or in our society.”