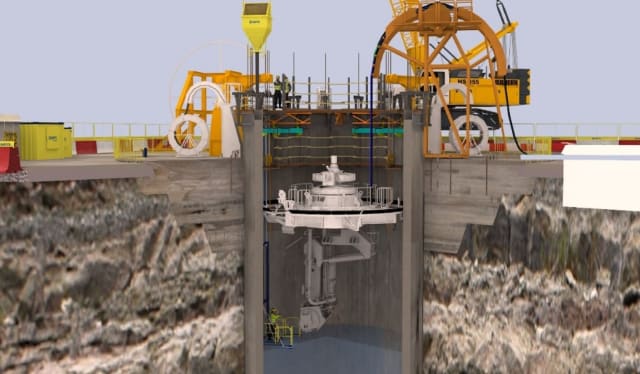 Shareholders in Yorkshire-based Sirius Minerals were waiting nervously to hear whether a rescue deal from Anglo American has been approved.

Following a tense investor meeting in London on Tuesday morning, the stock markets closed with shareholders remaining in the dark over the result.

The vote, meeting and long wait comes after Sirius failed to raise the funds it needed for a fertiliser mine, forcing the board to recommend the £405 million rescue package.

Typically, a delayed result suggests the numbers are too close to call.

Shareholders who attended the meeting at the Honourable Artillery Company in the City of London were told without supporting the deal, the company would collapse.

They were being asked to vote in favour of the 5.5p per share offer, despite some paying as much as 25p a share when the company was growing.

But before the votes – which were recorded on pieces of paper handed out at the start of the the meeting – several angry investors voiced their concerns to the board.

The anger came despite a major push by the UK suitor to win over families across the region in support of the deal.

Shareholders, a large proportion of whom are small individual investors rather than big institutions, stood to lose out heavily.

Many had bought their shares for as much as 25p, sinking their life savings into the project.

However, the board said that the deal was the only offer on the table and shareholders could lose everything if they did not vote for it, with liquidation or administration the most likely outcome.

One frustrated shareholder in attendance said he felt like “we’re having a gun put to our head”.

Chairman Russell Scrimshaw admitted it was a difficult time for all concerned, adding he was “disappointed at the abusive language” that he had read online before the meeting.

As a result of this, security at Honourable Artillery Company was beefed up at Sirius’s request, with strict searches, a ban on computers and tablets in force, and sniffer dogs in attendance.

However, given the security concerns, one attendee questioned how wise it was to hold the meeting in a building where antique guns and swords adorn the walls.

But others were just keen to question the wisdom of the bid from Anglo American.

“I still think that the deal stinks,” said Chris Chivers from the Midlands, who owns 25,000 shares.

But the board backed the bid, saying it was the only option on the table.

If the company goes into liquidation, investors are unlikely to get anything back, directors said. At least the deal would give them 5.5p for every share they own.

Several shareholders questioned why the meeting was being held in London, and not around Yorkshire where most of the company’s thousands of retail investors are.

Around 85,000 small shareholders had at one point put their money into Sirius.

What looked to be no more than 100 people showed up to the meeting, leaving more than half the seats empty.

One shareholder, Gavin Palmer, accused the board of “behaving like BP, moving their AGM to Aberdeen to avoid protests”.

Several in the room applauded when Mr Palmer called the board “stubborn and righteous”.

Several investors questioned if Anglo American could have offered more for the business.

One called the offer an “insult” and questioned why the mining giant did not see the same “stunning” value in Sirius as she did.

“Ladies and gentlemen, you have had care of a chunk of my pension fund and you have not looked after it as well as I think you should have,” she added.

But the board also won support from some shareholders for what is a tricky choice.

“We bought into a dream,” one said. “We wanted to feed the world and see Yorkshire do well.”

“That dream has been punctured,” he added, but “it is only delaying the inevitable if we vote no today”.