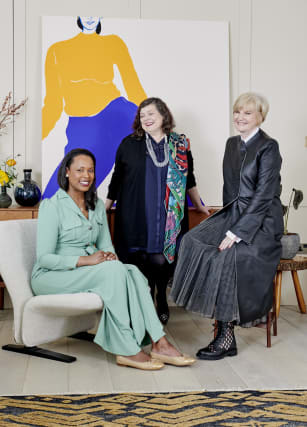 Finalists have been announced for a prestigious business awards ceremony which aims to celebrate female leadership.

Veuve Clicquot said its awards, which have been running since 1972, honour inspirational women with a track record of success.

Judges said they were impressed by Ms Boden’s achievement in becoming the first British woman to start a bank and her commitment to ethical banking practices.

Panellists noted Ms Pitcher’s innovation to grow the business in a tough retail market as well as her ongoing commitment to sustainability, while judges commended Ms Leles for her contribution to the diamond industry in such a short amount of time, pioneering the revolution of the ethical sourcing of gemstones.

Sian Westerman, a member of the judging panel, said: “This year’s nominees are some of the most determined and innovative women leading British business today.

“By boldly taking on challenges such as market turbulence and heavy industry competition, they are inspiring the next generation of female leaders to challenge convention and follow in their footsteps.”

Pip Jamieson, a member of the judging panel, said: “Entrepreneurship is a challenging path to take; however, the availability of role models from all backgrounds like this year’s Bold Future Award nominees make a huge difference in inspiring women to take the leap.

“The shortlist demonstrates how the UK’s female entrepreneurs are not afraid to take on the big issues, and can achieve strong growth whilst keeping these values at the heart of their proposition.”

– The winners will be announced at an award ceremony in London in May.