Sadiq Khan demands explanation for being ‘left out of coronavirus plans’ 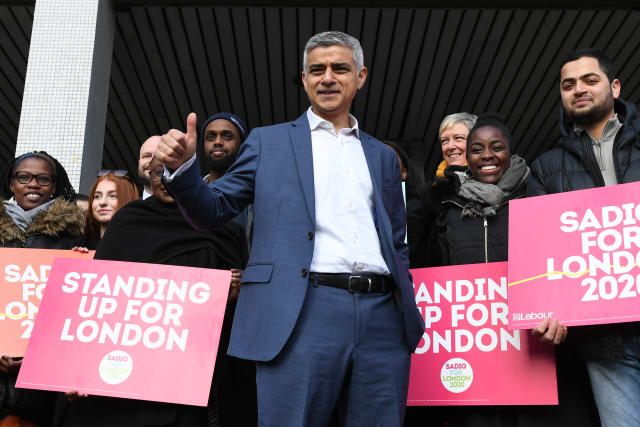 London Mayor Sadiq Khan has called on Boris Johnson to explain his “odd” decision not to involve him in plans to mitigate the effects of Covid-19.

The Prime Minister was unveiling his plans on Tuesday to tackle the virus sweeping across swathes of the globe.

But the Labour mayor, who was launching his re-election campaign, criticised Mr Johnson for excluding him from working on the plans or attending the Cobra committee emergency meeting.

He highlighted the fact that London is served by numerous major airports and a population that swells to more than 10 million with tourists and commuters during the day.

“Dealing with the coronavirus is more important than party politics and it’s really important we put aside petty differences and all work together,” Mr Khan told reporters after the launch in Hackney.

“I will be looking at what the Government’s announcement is, I don’t know what they are.

“It’s for the Government to explain why they want to exclude us.”

Mr Khan said he could not currently envisage a need to shut the Tube or warn against the use of public transport, as he examined the action plans of other cities, particularly New York.

“I’m confident of the advice we are receiving, the advice is (that there is) no reason at all to worry about using the Tube or buses,” he told journalists.

“I don’t foresee a situation where we are advising people to not use the Tube or public transport but we review this at each stage.

“I don’t foresee a situation where we do what other cities have done and say don’t go to concerts and ban people from confined spaces.”