Restricting foreign travel will make ‘no difference’ to Covid-19 spread 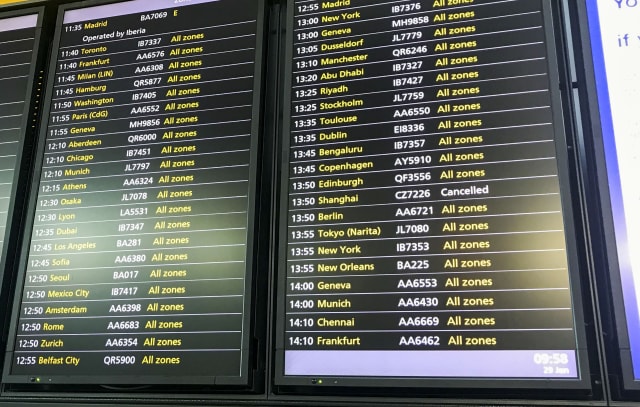 Banning travel to certain countries because of the coronavirus will make “no difference” if the outbreak reaches a global epidemic, according to the chief scientific adviser to the Government.

Sir Patrick Vallance told reporters that if the Covid-19 virus spreads in the UK, it “doesn’t really make more sense to say ‘you’re at more risk somewhere else than you are here’.”

He went on: “Once the epidemic is everywhere, then actually restricting travel makes no difference at all.

“At the moment we are certainly not recommending any change to behaviours in relation to that.”

But England’s chief medical officer Professor Chris Whitty said it would be “more problematic” for UK tourists visiting countries “with a very weak health service at the peak of their epidemic”.

This is “particularly an issue” for people who are older or have pre-existing health conditions, he warned.

He added: “In those situations, they just might want to think through the practicalities of being in a place which has a health service less strong than the NHS.”

The latest Foreign and Commonwealth Office advice on Covid-19 only recommends against all but essential travel to mainland China, and parts of South Korea and northern Italy.

Airlines including British Airways, Ryanair and easyJet have cancelled hundreds of flights due to a drop in demand.

British Airways announced on Monday it had grounded more than 400 flights from March 16-28 between London and short-haul destinations such as Italy, France, Austria, Belgium, Germany, Ireland and Switzerland.

Ryanair has cancelled up to one in four flights on some of its routes, particularly those serving Italian airports.

The reduced schedule will operate from March 17 until April 8.

Speaking at the annual summit of trade association Airlines For Europe in Brussels on Tuesday, Ryanair group chief executive Michael O’Leary said: “We’re going to have a very deflated booking environment probably for the next two or three weeks, and then people will get bored with the coronavirus and the coverage of the coronavirus.

“By the time we get to June, July and August, as long as things have settled down, then I think we will see a pretty rapid return to normal travel patterns.”

The International Air Transport Association (Iata) said an unnamed hub carrier is reporting a 108% drop in bookings to Italy.

That means in addition to new bookings stalling, some passengers are cancelling or not turning up for flights they have already paid for.