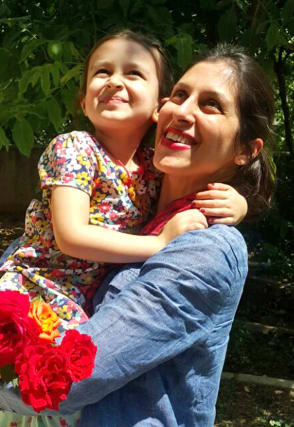 A British-Iranian woman jailed in Iran since 2016 may be granted a temporary release following an outbreak of coronavirus in the prison where she is being held, her local constituency MP has said.

Nazanin Zaghari-Ratcliffe could be released on furlough from the country’s notorious Evin prison in Tehran either today or Wednesday, Hampstead and Kilburn MP Tulip Siddiq said.

The MP tweeted on Tuesday morning: “News from Iranian Ambassador that my constituent Nazanin Zaghari-Ratcliffe may be released on furlough today or tomorrow from prison in Iran.

“If this is true, Nazanin would welcome leaving Evin jail, but we’ve been here before.”

She added: “If this furlough happens, the British government has an obligation to make it permanent, and not let her be used as a bargaining chip in the weeks to come.

“I remain concerned that Nazanin has told her family that she has still not been tested for coronavirus. ”

Iran is among the worst-hit countries outside of China. As of Tuesday morning, there had been 1,501 cases recorded, with 66 deaths. The outbreak was said to have reached the prison last week.

Hamid Baeidinejad, Iran’s ambassador to the UK, had tweeted: “Mr. Esmaili, the spokesman of Iran’s judiciary, announced that Mrs. Nazanin Zaghari is in good health condition and has not been affected with Coronavirus.

“He added that one of the prisoners with security charge will be granted a furlough today or tomorrow to join family.”

Richard Ratcliffe revealed his wife has been showing the symptoms of coronavirus but has still not been tested.

Mr Ratcliffe said on Monday evening the Iranian ministry of foreign affairs had falsely told the Foreign Office (FCO) that she had been tested for the disease and confirmed to be negative.

But his wife denied she had been tested and he had told the FCO.

Speaking to the PA news agency, Mr Ratcliffe said Mrs Zaghari-Ratcliffe had been told nothing of her potential release as of Monday.

“Nazanin would be very, very pleased to come out of prison,” he said.

“However, I think it is a game by the Iranian authorities to avoid responsibility for testing and treating Nazanin for coronavirus.”

“And our experience of furlough last time was very negative. It just made us a different kind of bargaining chip and the family were exposed to all sorts of threats from the Revolutionary Guard.”

“So the UK Government needs to make sure it can protect her and her family.”

Mrs Zaghari-Ratcliffe was arrested at Tehran’s Imam Khomeini airport while travelling with her young daughter, Gabriella, to meet her parents in April 2016.

She was sentenced to five years in prison over allegations of plotting to overthrow the Tehran government.

She has been afforded diplomatic protection by the UK Government, which states that she is innocent and that her treatment by Iran failed to meet obligations under international law.

It is thought in some circles that Mrs Zaghari-Ratcliffe is being held as a bargaining chip to try and hasten the resolution of a £400 million dispute between the UK and Iran over a deal for Chieftain tanks struck in the 1970s.

The row rose over a deal between International Military Services, a venture used by the Ministry of Defence to sell British weapons overseas, and the Iranian defence ministry to sell the Shah of Iran around 1,500 Chieftain tanks and armoured vehicles in 1971.

The contract was terminated after the Shah was deposed in the 1979 revolution, but Iran had already paid for the tanks and demanded its money back.

There are hopes Mrs Zaghari-Ratcliffe could be released if the financial dispute can finally be settled.

Ms Siddiq said in a further statement: “If you leave British citizens in harm’s way for long enough, they will come to harm.

“The Government has important choices to make over Nazanin’s case in the coming months.

“They must do everything possible to secure her permanent release, including resolving the debt that Britain owes to Iran.

“Nazanin’s life hangs in the balance. The UK Government can and must act quickly to keep her safe.”