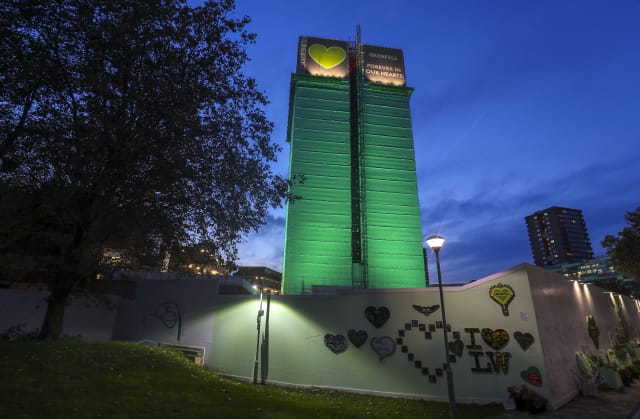 The lead architect on the refurbishment of Grenfell Tower “can’t recall”  whether he knew there were different fire regulations for high-rise buildings, an inquiry has heard.

Bruce Sounes was in charge of the day-to-day management of the redesign of the 24-storey north Kensington block.

Giving evidence to the Grenfell Tower Inquiry on Tuesday, the associate at Studio E architects was shown a diagram of different building classifications relating to blocks over 18 metres tall.

Mr Sounes was asked by Kate Grange QC, counsel to the inquiry: “Were you aware that there might be different rules that applied to buildings over 18 metres […]”

He replied: “No I was aware that they may exist, but I did not refer to [the document] at the time.

He added: “I can’t recall if I was aware of that.”

When asked whether he read the Government guidelines on building and fire regulations – also known as approved document B –  during the Grenfell project, Mr Sounes said: “I referred to it on occasion but I certainly didn’t read it from start to finish.

“Because its so wide ranging, an architect will find themselves referring to specific sections to try and understand whether they are meeting their requirements.”

Mr Sounes was also shown a diagram of how fire can spread up the external cladding of a building.

When asked whether he saw anything like this during the Grenfell project, he said “no”.

Earlier on Tuesday, the inquiry heard that Studio E has “no record” of ever signing a contract for the Grenfell project with the local property management company.

In his written statement to the inquiry, Mr Sounes said: “From the documents within Studio E’s possession I do not know whether the Kensington and Chelsea tenant management organisation (KCTMO) appointment was ever actually signed by Studio E and KCTMO.

“I cannot specifically recall Studio E signing the documents and nor do we have a completed copy on file.”

Giving evidence on Tuesday, the architect added: “I have no recollection of it being signed and we couldn’t locate a copy, but that’s not to say it wasn’t signed. I cannot remember.

“I guess I thought maybe it was, but I don’t know.”

The evidence comes after Studio E boss Andrzej Kuszell told the hearings that Mr Sounes had no experience of overcladding residential blocks.

However, he had faith that his firm could complete the Grenfell job.

Mr Kuszell said on Monday: “I believed we had the processes and experience of complex buildings to be able to undertake this commission. It wasn’t just my belief, it was clearly the belief of all senior members.

“We put the project in the hands of one of our most senior and experienced people.

“I had no reason to believe we wouldn’t be able to do it.”

Mr Kuszell also apologised to survivors of the 2017 fire that killed 72 people, and told them: “It really shouldn’t have happened.

“Hindsight now comes into play – we’ve lived two and a half years since the tragedy and doubtless absolutely every one of us would wish to turn the clock back.

“It really shouldn’t have happened, and I’m really, really sorry for all of you and everybody else who was involved in the project.”